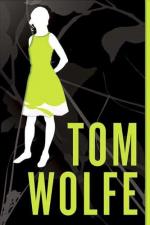 Plot Summary
+Chapters Summary and Analysis
Prologue "The Dupont Man"
Chapter 1 "That Single Promise"
Chapter 2 "The Whole Black Player Thing"
Chapter 3 "The Mermaid Blushed"
Chapter 4 "The Dummy"
Chapter 5 "You the Man"
Chapter 6 "The Most Ordinary Protocol"
"Lost Province Entr'acte"
Chapter 7 "His Majesty the Baby"
Chapter 8 "The View up Mount Parnassus"
Chapter 9 "Socrates"
Chapter 10 "Hot Guys"
Chapter 11 "Onstage, A Star"
Chapter 12 "The H Word"
Chapter 13 "The Walk of Shame"
Chapter 14 "Millennial Mutants"
Chapter 15 "The Tailgaters"
Chapter 16 "The Sublime"
Chapter 17 "The Conscious Little Rock"
Chapter 18 "Lifeguard"
Chapter 19 "The Hand"
Chapter 20 "Cool"
Chapter 21 "Get What?"
Chapter 22 "Shaking Hands With Fortune"
Chapter 23 "Model on a Runway"
Chapter 24 "To ... Us"
Chapter 25 "You Okay?"
Chapter 26 "How Was It?"
Chapter 27 "In the Dead of the Night"
Chapter 28 "The Exquisite Dilemma"
Chapter 29 "Stand Up Straight for Gay Day"
Chapter 30 "A Different Proposition"
Chapter 31 "To Be A Man"
Chapter 32 "The Hair from Lenin's Goatee"
Chapter 33 "The Soul Without Quotation Marks"
Chapter 34 "The Ghost in the Machine"
Free Quiz
Characters
Objects/Places
Themes
Style
Quotes
Topics for Discussion
Order our I Am Charlotte Simmons Study Guide

Tom Wolfe
This Study Guide consists of approximately 72 pages of chapter summaries, quotes, character analysis, themes, and more - everything you need to sharpen your knowledge of I Am Charlotte Simmons.

I Am Charlotte Simmons Summary & Study Guide includes comprehensive information and analysis to help you understand the book. This study guide contains the following sections:

This detailed literature summary also contains Topics for Discussion and a Free Quiz on I Am Charlotte Simmons by Tom Wolfe.

I Am Charlotte Simmons opens at Ivy League Dupont College with two juniors, Hoyt and Vance, coming across the Governor of California (who is at Dupont to speak at commencement) engaged in oral sex with a student. Hoyt fights off the bodyguard, causing him serious injury and brags to Vance what a great story this will make.

Charlotte Simmons is a recent high-school graduate from Sparta, North Carolina. Nestled high in the Blue Ridge Mountains, the Lost Province is a quiet, unassuming place where aspirations do not include attending an ivy league university, so when Charlotte receives a scholarship to Dupont, it makes front page news. Charlotte arrives at Dupont, encouraged by her English teacher to always look to the future.

Charlotte meets three other people who have an impact on her life. Jojo Johannsen is the only white starting player on the basketball team. Adam, Jojo's tutor, is a senior with hopes of winning a Rhodes scholarship. Hoyt Thorpe, also a senior, belongs to the Saint Ray fraternity and is very popular. Charlotte is attracted to the intelligence in Adam and finds in him the Dupont she had hoped for. Unfortunately, Adam is not among the popular crowd and Charlotte increasingly wants to be popular. Charlotte meets Hoyt at a party at Saint Ray house and is immediately attracted to him and his popularity, but she is also repulsed because he is rude and assuming.

At a tailgate party she is accosted by a drunken student and Hoyt comes to her rescue. In spite of her earlier mixed feelings, Charlotte becomes more attracted to him and she comes to see him as her protector. Although she knows that she should be in love with Adam, she begins to spend time with Hoyt at Saint Ray house; thrilled by the fact the popular senior likes her.

Adam had written a paper for Jojo, which Jojo handed in as his own. Mr. Quat believes that plagiarism is involved and decides to press charges, the result of which would be dire both to Adam and Jojo. Adam stands to lose his chances for a Rhodes scholarship and Jojo could lose his place on the basketball team with finals coming up.

Charlotte goes with Hoyt to the Saint Ray formal, ends up drunk, and sleeps with him. Charlotte is disgusted with herself and falls into a deep depression. She feels guilty and lonely, knowing that she cannot talk to her mother who has deep moral convictions. In desperation, she turns to Adam. Adam becomes her protector and pulls her through, encouraging her to take her final exams and not give up entirely.

At the Gay Day demonstration Mr. Quat wins the respect of Adam. Adam prints an article in the school's alternative newspaper about the governor's sexual encounter mentioned at the beginning of the book. This bold move helps Mr. Quat decide to drop the academic charges he had planned to bring against Adam.

Charlotte, who throughout most of the book believed strongly in her identity as Charlotte Simmons, ends the book as Jojo's girlfriend. She may have gotten what she wanted (popularity and prestige), but she paid a high price to receive it.

More summaries and resources for teaching or studying I Am Charlotte Simmons.

I Am Charlotte Simmons from BookRags. (c)2022 BookRags, Inc. All rights reserved.