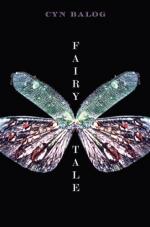 Cyn Balog
This Study Guide consists of approximately 63 pages of chapter summaries, quotes, character analysis, themes, and more - everything you need to sharpen your knowledge of Fairy Tale.

This detailed literature summary also contains Topics for Discussion and a Free Quiz on Fairy Tale by Cyn Balog.

"Fairy Tale" by Cyn Balog is an entertaining account of a modern day fairy tale, occurring in New Jersey where the characters are juniors in high school. When the psychic, Morgan, finds out that her boyfriend, Cam, is really a fairy who was switched at birth with the Brownes' human son, Pip, she struggles to find a way to prevent Cam from leaving her and returning to his home in Otherworld to become king of the Seelie Court. However, as she gets to know Pip, who was sent to take Cam's place, Morgan begins to question her feelings. "Fairy Tale" is a story about the difficult decision that this teenaged girl faces regarding true love and what is best for herself and the two boys she loves.

Morgan is shocked when her boyfriend, Cam, seems to fly during his football game and after he confesses he does not remember the play at all, Morgan has a vision which causes her to believe Cam is dying. The next day, Morgan meets Pip, a new kid at school, and Cam gets Morgan out of class to tell her that he is a fairy. She also meets Dawn, Cam's guide to Otherworld where Cam must go on his sixteenth birthday to assume the throne. Lamenting the possibility of a life without Cam, Morgan decides to save him, turning to Pip to learn about fairies. She also gives Pip a makeover when the guys at school pick on him for his strange fashion sense. Morgan feels guilty when she begins fantasizing about Pip, reminding herself that she loves Cam and eventually coming to believe that her feelings for Pip are the result of fairy magic. Pip offers to help Morgan save Cam by returning to Otherworld in Cam's place, but Morgan panics when she envisions Pip being in New Jersey after he should be in Otherworld. Pip convinces Morgan that she should not let her visions dictate how she lives her life after several of her other visions seem to be incorrect.

Since Cam is upset that he has become too small to play football, Morgan encourages him to find his next thing. Pip starts dating Sara Phillips when Morgan encourages him to invite a girl to her and Cam's sixteenth birthday party, but this causes Scab to beat Pip up out of jealousy. Morgan steps in and demonstrates Pip's football skills, leading to Pip being named the team's starting quarterback in Cam's place. When Pip tells Morgan about being tortured in Otherworld, Morgan feels guilty for sending him back to be miserable, but she cannot bear the idea of life without Cam. Cam becomes happier after using his fairy magic to save the life of Gracie Nelson, a young neighbor, yet he assures Morgan he is not having second thoughts about staying with her. Pip worries Dawn will hurt Morgan if she interferes with Dawn's objective to convince Cam to go back to Otherworld.

On the day of Morgan's birthday party, she is not excited because she must choose between losing Cam forever and sending Pip back to Otherworld to be tortured. While Morgan fixes her makeup at the Green Toad before her guests arrive, Dawn threatens her if she interferes with Cam leaving, and she also tells Morgan that Pip has always been infatuated with her. Morgan begins to believe Cam is meant to go to Otherworld after she learns that her other visions were correct after all. After arranging to meet Cam on the back balcony at 11:30 P.M., Morgan greets her guests and dances with Pip. As they dance, she asks why he wants to leave her before rushing to the balcony. Pip follows and admits he has always thought of Morgan, and she confesses that she loves Pip as Cam appears on the balcony. Dawn causes vines to wrap around Pip's neck, releasing him only after Cam agrees to accompany her to Otherworld. She knew Morgan would sacrifice anything for Pip because humans' greatest weakness is love. After healing Pip, Cam assures Morgan that he will always love her but this is how things are supposed to be, and then he enters the portal to Otherworld. The next day, Morgan finds a fortune cookie necklace with the message that she can do anything. When Pip asks who gave it to her, Morgan remembers Cam and how she felt while they were together. She still feels like she can do anything and she knows that she feels so confident because Cam is looking out for her.

More summaries and resources for teaching or studying Fairy Tale.