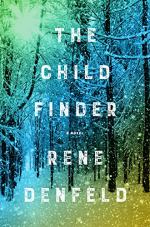 This detailed literature summary also contains Quotes and a Free Quiz on The Child Finder by Rene Denfeld.

When Naomi was a child, she escaped from someone holding her by force and was rescued by a group of migrant farm workers who took her to the town of Opal, a full day's drive from where she met them. The sheriff there handed Naomi over to Mrs. Mary Cottle, a woman who served as a foster mother to many children and who showed Naomi how to live again. Mrs. Cottle also had a foster son, Jerome, who was a Native American. The three lived as a family for years, and Naomi sometimes dreamed of her escape. However, she never had any real information about herself or her years in captivity.

As an adult, Naomi is a private investigator, specializing in finding missing children. She is so successful that some – including an Oregon State Police detective – call her the child finder. As the book opens, Naomi agrees to look for Madison Culver. Madison went missing three years earlier in the Skookum National Forest, and everyone assumes she died in the snow there. Madison's mother, Kristina, insists that her daughter is alive and Naomi begins to search. She meets Ranger Dave, a park ranger who helped search for Madison, just as he has searched for other people who have gone missing in the forest. He has a bulletin board with the photos of everyone who was never found. One of those is Brian Owens, a deaf child who went missing from a store at the base of the mountain more than 40 years earlier.

Madison was near death when a man found her and took her to his cabin. The man is deaf and eventually conveys to her that his name is “B,” and she refers to him in her mind as Mr. B. Mr. B has carved out a self-sustaining lifestyle for himself by trading animal furs for groceries at the same local store from where he went missing years ago. While everyone assumed he had died, he had actually been held captive by a child molester named Walter Hallsetter. Mr. B had killed Walter years earlier, after years of brutal abuse. Mr. B initially rescued Madison, but then held her captive – just as he had been held. However, he had made an effort to be kinder to Madison than Walter had been to him.

Naomi follows her instincts, working sometimes with the police and sometimes with Ranger Dave as she gathers information about land deeds in the forest and systematically begins to evaluate everyone she encounters. A store owner, Earl Strikes, remembers that a deaf mountain man had begun buying more food over recent years, which leads Naomi on a search for the man's cabin. She finds the cabin and rescues Madison, killing Mr. B in the process.

Naomi also follows a series of clues that leads to the conclusion of another missing child case. In that case, an autistic woman named Danita Danforth has been arrested. Her infant daughter is missing. Naomi follows leads until she realizes that Danita left the baby's body in a bus. As soon as Naomi enters the bus, she catches the scent of a decaying body and knows the child is dead.

Mrs. Cottle dies, and Jerome announces his plan to leave the state unless Naomi agrees to become his life partner. Naomi feels a deep love for Jerome but struggles with the idea that they were raised as siblings. Eventually, she comes to terms with that and accepts Jerome's offer. Naomi is also struggling with her past, and she often dreams about her escape. She has no memories of what happened prior to her escape, but the dreams reveal details she had pushed aside. Through those dreams, Naomi realizes that she has a younger sister who was also held captive and that she left that sister behind. She knows her next case will be focused on finding her sister.