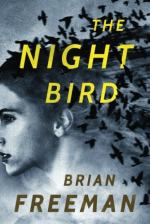 Brian Freeman
This Study Guide consists of approximately 79 pages of chapter summaries, quotes, character analysis, themes, and more - everything you need to sharpen your knowledge of The Night Bird.

This detailed literature summary also contains Quotes and a Free Quiz on The Night Bird by Brian Freeman.

NOTE: The following version of the novel was used to create this study guide: Freeman, Brian. The Night Bird. Thomas & Mercer, February 1, 2017. Kindle.

In The Night Bird by Brian Freeman, Francesca “Frankie” Stein had a successful psychiatric practice in which she helped patients overcome phobias and fears by modifying their memories. When two of her patients died after they had what appeared to be psychotic breakdowns, Frankie’s treatments came under question. Police soon learned that the deaths were murders orchestrated by a man so determined to get revenge on Frankie that he used her memory techniques against her.

On the way home from a party, Lucy Hagen felt a panic attack coming on when she and her friend Brynn Jamison got stuck in traffic on the Oakland Bay Bridge. Brynn got Lucy involved in singing along with the radio, distracting Lucy from her fears, but when Lucy looked at Brynn to thank her, Brynn was clawing at her face and arms, apparently having some sort of attack of her own. Brynn ran from the car and partially climbed one of the supports of the bridge. Brynn died when she fell from the support.

Brynn’s death was the second that police officer Frost Easton had seen in which the woman appeared to have had some sort of psychotic breakdown. The first, Monica Farr, had shot herself at a wedding. At first, Frost suspected the women were having some sort of reaction to the treatment that they were given by Frankie Stein to help them forget their phobias, but when the third woman, Christie Parke, died Frost realized something more sinister was happening. Frost was able to connect a trigger song “Nightingale” to all three deaths.

Hoping to get more information about Frankie and her practice in order to help Frost, Lucy made an appointment to see Frankie about her fear of bridges. Although Frankie was not aware at the time, the man who called himself the Night Bird had hacked into Frankie’s cell phone and was able to hear her conversation with Lucy. To torment both Frost, whose sister Katie had been murdered six years prior, and Frankie, the Night Bird kidnapped Lucy after her appointment with Frankie. He returned Lucy, apparently unharmed, but set up the scene where he left Lucy as a copy of the scene in which Frost had found his dead sister.

Meanwhile, Frankie had been having strange encounters with a former patient, Todd Ferris, who insisted on meeting her only outside the office. He claimed to be losing time and waking up with memories of women being tortured in a white room. Todd said the women he saw being tortured were the same ones who were winding up dead. Todd confessed to Frankie that he felt as if he were going crazy and even suspected that he was the Night Bird.

Frankie and Frost, however, had different suspicions. Darren was suspected of having raped and killed a promising college student, Merrilyn Somers, but DNA evidence pointed to another perpetrator. The police were convinced that Darren had somehow planted the evidence in Merrilyn’s apartment but had no idea how he might have done it. As a result of this past history, Frankie and Frost thought perhaps Darren was setting up Todd as the fall man for the Night Bird killings.

In a dramatic scene in which Lucy almost killed Frankie with a knife, like the Night Bird had programmed her to do, Darren was also stabbed to death. The police at first believed the killer was dead until Frankie remembered an important detail from her therapy sessions with Darren. Because he had almost died in a snow fort as a child, Darren feared the color white. Frankie reasoned that he would not have tortured women in a completely white room because of his own phobia. Frost and Frankie are delivered a final piece of evidence, a picture of Merrilyn and Todd singing in a school choir together. Todd was the Night Bird. He had set up Darren and killed him, and then tried to kill Frankie as revenge for Merrilyn’s death.

More summaries and resources for teaching or studying The Night Bird.