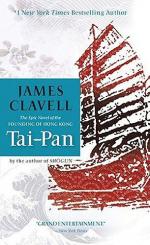 The book is written in the third person point of view with plenty of dialogue between the characters. Clavell fills in with details when there is no dialogue, which is one of the advantages of using the third person. Brock and Gorth are clearly presented as the villains in the book, but there is no way of saying that Clavell favors Dirk over Brock. It is just in the way that the characters are portrayed.

The novel portrays the story in the historical setting of the nineteenth century Orient. The characters tell the story without too much prompting by Clavell. The use of dialogue allows the feeling of the characters to come through, even though there are times when these are described by the author.

The use of the third person avoids the restrictions of using the first person. If the story is told from the...