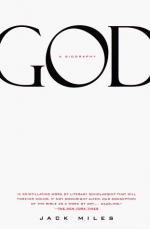 The Keynote discusses how Western civilization is built on the belief that God creates humankind in His own image. This lesson will discuss this theme.

Class Discussion: Western civilization is built on the belief that God creates humankind in His own image. What examples in society show that whether one is religious or not, the Judeo-Christian beliefs are still an innate part of western culture?

Small Group Activity: What examples are given in the text to prove that Western civilization is so highly influenced by God and His story?

Class Discussion: Have the small groups give their examples from the previous activity.

Homework: Research another religion and see its affect on the surrounding culture. Make sure to give some background information on the religion and its basic belief system as well as how it affects society.

In the keynote the role God plays...