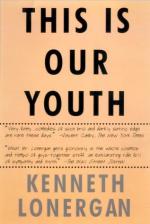 Kenneth Lonergan Biography | Author of This Is Our Youth

Kenneth Lonergan was born in New York City in 1963 to parents who were both psychiatrists. His father was also a retired doctor and medical researcher. Lonergan attended Walden School, a progressive private school in Manhattan, where he began writing in the ninth grade. His interest in playwriting was sparked when his drama teacher asked him to collaborate on a play. The characters in This Is Our Youth are loosely based on his Walden friends and himself. After graduation, Lonergan attended Wesleyan University in Connecticut and took classes at the HB Studio in Greenwich Village, New York City. He eventually earned a degree from New York University's drama writing program. While he was attending New York University, he wrote his first play, The Rennings Children, which was chosen for the Young Playwright's Festival of 1982.

Lonergan supported himself after college by writing speeches for the...

This Is Our Youth from BookRags. (c)2022 BookRags, Inc. All rights reserved.