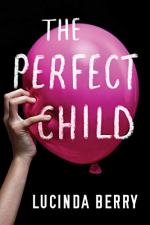 This detailed literature summary also contains Quotes and a Free Quiz on The Perfect Child by Lucinda Berry.

The following version of the novel was used to create this study guide: Berry, Lucinda. The Perfect Child. Thomas & Mercer, March 1, 2019. Kindle.

In the novel The Perfect Child by Lucinda Berry, Hannah and Christopher Bauer dreamed of having a child of their own. Their dreams were destroyed after Hannah suffered multiple miscarriages. When Christopher bonded with Janie, a girl believed to have been badly abused by her parents, he convinced Hannah that Janie was the child for whom they had been waiting. Even after Hannah agreed to adopt Janie, she struggled to bond with the girl. Soon she realized Janie was intentionally manipulating her, trying to pull her and Christopher apart. The situation got even worse when Hannah discovered she was pregnant with a child of her own, a child she was finally able to carry to term.

Christopher met Janie when he was called to consult on a case of dreadful abuse. Janie was found wandering in a parking lot wearing nothing but a diaper and a dog collar. She was so tiny and malnourished that it was believed she was a toddler but measurements of her growth plates showed that she was actually six years old. Believing that he and Hannah could make up to Janie for the bad start she’d had in her life, Christopher talked Hannah into adopting Janie. They felt sorry for the way the girl had been abused and did not want her in a foster home where that abuse might continue.

Hannah and Christopher were warned that Janie suffered child abuse syndrome, a severity of abuse that would impact the way Janie developed. Janie threw temper tantrums and was not potty trained. During her second home visit with Hannah and Christopher, Janie threw a tantrum that not appear to have been triggered by anything. She bit Christopher and spat at Hannah as they tried to restrain her from banging her head against the floor. After the adoption was final and Christopher had to return to work, Janie took out her frustration on Hannah by not speaking to her for two weeks. It was only after an attachment therapist instructed Christopher not to speak to Janie if she continued to refuse to talk to Hannah that Janie began talking to Hannah again. The night that Christopher refused to say goodnight to Janie as the therapist has instructed, Janie chewed through her lower lip, an injury that required stitches.

When Hannah and Christopher learned that Hannah was pregnant, they struggled to get Janie potty trained so they could enroll her in preschool. At her first preschool, Janie reverted to having bathroom accidents. She sometimes even threw her poop at her teacher. After Janie was expelled from that school, Hannah and Christopher got her accepted at a second preschool. Janie was expelled from that school when she pushed her friend off the slide breaking her arm in two places.

Hoping that it would help Janie adjust to the new baby, Hannah and Christopher got her a kitten. The first night they had the kitten, Janie tormented the cat by poking it with a needle to see if it would bleed. Later, after Hannah’s baby was born, Hannah threatened Janie that she would send the kitten back to the pet store if Janie did not behave. Hannah had been at her wit’s end because she was not sleeping because Cole was colicky, and Janie was being a brat. In response to Hannah’s threat, Janie killed her cat to show that it was not really that important to her. In another incident, Janie asked to breastfeed with Cole. Hannah thought it might be a bonding experience. Instead, Janie bit her hard enough to require six stitches. Hannah suffered a bad infection and mastitis as a result of the bite and had to quit breastfeeding. Soon after these incidents Hannah developed a fear that Janie would hurt Cole.

Meanwhile, through the course of the story, there have been snippets from the interview between the police and Piper, the case worker for Janie. It is hinted through these pieces of interview that something terrible happened to the Bauers because of Janie.

The climax comes when Hannah calls Christopher home from work one day. He finds her, Janie, and Cole in the bathroom. Cole is not breathing. It is only later that he will learn that Hannah had a psychotic break as a result of postpartum depression and believed she needed to drown Janie in order to kill the devil inside her. In the course of the intended drowning, Hannah had fallen and dropped Cole, who hit his head on the bathtub. Cole recovered from his injury, but Hannah and Christopher were charged with child abuse. Hannah’s sister, Allison, took emergency custody of Janie and Cole.

After weeks of waiting for Hannah and Christopher to be cleared of charges, Allison called Piper to tell her that she could not keep Janie any longer. She explained her husband was going out of town and she could not handle Janie, Cole, and her own twins with no help. After Janie heard Allison talking to Piper, Janie argued with Allison and then pushed her down the stairs, resulting in her death. Meanwhile, in the interview with the police, Piper is shown cell phone video footage taken by Becky, Janie’s mother, of Janie throwing tantrums and Becky trying to comfort her. In one clip Becky claimed she had called the Department of Children’s Services, asking for help with Janie. A final video on Becky’s phone showed Janie using a knife to kill her mother.