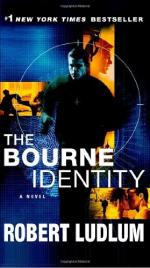 This detailed literature summary also contains Topics for Discussion and a Free Quiz on The Bourne Identity by Robert Ludlum.

A bullet-strewn body is pulled out of the Mediterranean Sea. Against all odds, the man is alive and a small island doctor slowly nurses him back to health. However, as he recovers he has no memory of his name or his own history. The man spends the story trying to discover his identity. He has a piece of film embedded in his hip with an account for a Zurich bank. He follows the clue that takes him to Switzerland and the story quickly takes off. In Zurich, he learns his name is Jason Bourne and he works for a mysterious organization called Treadstone Seventy-One. His account has millions of dollars but when he withdraws it, it alerts men who try to kill him. The story quickly escalates as an international terrorist named Carlos and the CIA try to find him and kill him.

The antagonist, Carlos, is a Venezuelan schooled in the Soviet Union. He puts his services as an assassin for sale to the highest bidder regardless of their beliefs or motivations. He has an army of homeless men working with him and executives working for his organization around the world. Carlos is a clever and very well-informed assassin. Along with Bourne, the CIA and other intelligence organizations around the world are looking for him. He leads a highly secret lifestyle in Paris only talking to a handful of trusted assistants.

When trying to escape a killer in Zurich, Bourne takes hostage a Canadian woman named Marie St. Claire. Eventually they fall in love and work together trying to determine Bourne's identity. From Zurich, the two travel to Paris where more people try to kill them. As Bourne tries to stay alive, he has violent flashbacks of his unknown life. He is terrified that he is a violent assassin.

The only one Bourne can trust is St. Jacques. Every time they try to reach out to someone, the person is killed or tries to kill them. The book is action-packed with gun battles, double crosses and secret meetings.

Bourne learns of a secret operation he was involved with during the Vietnam War, Operation Medusa. He conducted dangerous secret missions around Southeast Asia. His violent flashbacks are often to this time he can not quite remember. He suspects this time has something to do with his troubles now.

Bourne learns that he is an assassin named Cain, responsible for murders around the world. Finally, he realizes Cain is actually a fictional character he created for the CIA. Cain was created by Treadstone Seventy-One to anger Carlos and bring him out to be captured. As Bourne has amnesia, he did not check in with his CIA contacts, consequently his handlers thought he turned on them. This leads to them trying to kill him as well.

The end of the story sees Bourne and Carlos facing off in the Treadstone headquarters. Bourne is on his deathbed waiting for the final blow from Carlos when the man mysteriously disappears. His superiors, who have finally realized what has happened to Bourne, save him. Bourne is actually not his real name. He is David Webb, a career foreign service officer until his wife and children were killed by stray bombs in Cambodia during the Vietnam War. Bourne still has memory damage and cannot remember Carlos' identity. The government keeps him under protection as he and St. Jacques live together while everyone waits for Bourne's memory to return. The final scene of the book is Bourne remembering who he is.