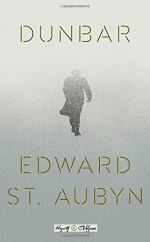 Aubyn, Edward St.
This Study Guide consists of approximately 86 pages of chapter summaries, quotes, character analysis, themes, and more - everything you need to sharpen your knowledge of Dunbar.

The following version of this book was used to create the guide: St. Aubyn, Edward. Dunbar. Hogarth Shakespeare, 2017.

Dunbar is a modern novelization of Shakespeare’s King Lear. It tells the story of Henry Dunbar (Lear), the once-formidable head of a global media company. Dunbar is getting old and wishes to retire. Ignoring the advice of his attorney, Wilson (Kent), Dunbar foolishly hands over the care of his company to his two eldest daughters, Megan and Abigail (Goneril and Regan). Florence (Cordelia), the youngest daughter, and his favorite, turned away from the family business year ago. She chose instead to raise her family on a small ranch in Wyoming. To Dunbar this still feels like a personal betrayal. In retribution, Dunbar chooses to ignore Florence in the division of power and gives away all her stock shares to her sisters. He fires Wilson for not approving of his actions.

Megan and Abigail see their opportunity and strike. Resentful towards their father for years of favoritism and hungry for power, they take advantage of their father’s distance from Florence and team up with the ambitious family physician, Dr. Bob (Edmund), to ship Dunbar off to a sanatorium in rural England. There he is put on strong sedatives and essentially made a captive. With the old man out of the way, the three now have a clear path to taking over his financial empire. The novel starts after all these events have transpired, at Act III in the original play.

Henry Dunbar, the once-powerful tycoon, is not having a good week. Betrayed by his doctor and his two oldest daughters, he finds himself stuck at Meadowmeade, a psychiatric facility in rural England where the nurses treat him like a senile old man and numb him daily with medicine. His only friend in the hospital is an alcoholic ex-comedian named Peter (the Fool). But Dunbar isn’t done yet. With the help of Peter, he escapes the hospital. Luckily his daughters cancelled every card except one: a secret one with an unlimited amount. Now he just needs to get back to London and regain control of the Trust. The only problem: he is miles and miles away, trapped in the alien wilderness of England. After sharing a pint of beer at a local pub, Peter and Dunbar escape the hospital staff, hot on their tail, and part ways. Dunbar begins the long, snowy hike through the trails around the lake to the next local town where he hopes to call a cab.

In the meantime, Florence is trying to find out where her father is. She calls Abigail, who lies and tells her their father is in a comfortable care hospital in Switzerland. Abigail and Megan laugh at their foolish sister as they lie in bed, with Dr. Bob in between. The three plot how they will take over Dunbar Trust. They tease Dr. Bob and Megan deliberately bites him too hard on the nipple. He retreats to the bathroom to sew himself up and marvels at the viciousness of Megan. He accepted their bribe of a seat on the Board and a significant increase in salary in return for declaring their father mentally unsound and sending him away. He calms himself with thoughts of how he just has to play their game a little bit longer, and how much he will enjoy betraying them to the media company Unicom that plans to buy out Dunbar Trust.

Dunbar makes his way through the Cumbrian woodlands, slowly losing his hold on reality. Meanwhile Megan and Abigail, who have learned of his escape, go to the hospital where they harass the staff. They are informed of Peter, who has returned to the hospital, and take him to a local pub where Dr. Bob drugs him and they bribe him with whisky. Peter eventually lets it slip that Dunbar is on his way by foot trail to the neighboring town of Nutting. Megan and Abigail torture Peter by setting parts of his body on fire. They are aided by their ex-military security squad, Kevin and J. Megan, who is widowed, has become sexually attracted to J. Kevin and J hurry off to Nutting to find Dunbar. Megan and Abigail plan to send him to a max-security sanatorium in Switzerland that he will never escape.

Florence is ringing hospitals all over Europe and North America, searching for her father. She learns from Jim Sage, her father’s old pilot, that her sisters are in Manchester. With the help of her father’s ex-attorney, Wilson, and his son Chris, who she has always loved and loves her in return even though she is married with children, she investigates the retirement homes until she finds the one her father escaped from. There she learns about his escape and the suicide of Peter after he was tortured by her sisters. The hospital staff has notified the British police, who are searching for her sisters in an impending investigation. Pleased by this news but knowing her sisters will not be stopped so easily, Florence hurries off to find her father before her sisters do.

Mark, Abigail’s estranged husband (Duke of Albany), is tired of the abuse he has taken from his wife and accompanies Florence, Wilson, and Chris, in their mission to find Dunbar. Florence and Chris have chances to act on their love, but restrain themselves, even though it hurts them to do so. Lost in the woods, frostbitten, and half mad, Dunbar encounters a strange figure in the woods: a lone pastor named Simon (Edgar) who helps him find shelter in a cave. Meanwhile, two helicopters fly over the woods searching for Dunbar: one with Megan and Abigail’s staff, the other with Florence and her allies. Jim, who is flying the enemy helicopter, spots Dunbar hiding under a boulder. He contacts Florence first, to give her a head start. Megan and Abigail try to get there first by limousine, but their old driver, George, who is faithful to Dunbar, drives them in the wrong direction and Florence gets their first. Dunbar doesn’t recognize her. She guides her cold, delirious father into the warm helicopter and to safety.

On the helicopter, Dunbar is in a deep sleep. Florence insists they let him rest. They return to London to have Dunbar signs some important forms. Later he recognizes his youngest and they share a tearful reunion. He asks her forgiveness but she insists she was the one who had been proud. She should have made the first move long ago. She wants to take him to her home in Wyoming, but she knows the choice is his. Dunbar insists on going to New York and getting ready with Wilson, who he has re-appointed as his lawyer, for the crucial Board meeting on Thursday.

Megan and Abigail are furious at their sister for getting to their father first. Back in New York Abigail continues sleeping with J, who has never met anyone like her and is in love for the first time. She pretends to cry after they have sex and asks him to do a favor for her. He says he’ll do anything. The next morning, it is announced that Unicom is buying out Dunbar. Dr. Bob contacted them from the inside, but no one knows it was him. Abigail is panicking—everything in their plan is going wrong—and to top it off, she is being held responsible for Peter’s suicide. She is wanted by the British police. Megan, however, is more concerned with her own sinister plans. She informs Kevin, the other security guard, that J is blackmailing her and demands that he be killed. Kevin arranges a breakfast meeting with J but J sees his reflection in the kettle and defends himself with a samurai on his wall. As Kevin lies dying, he learns that Megan asked Kevin to kill him. Furious, J swears vengeance on Megan.

Meanwhile, Florence is not feeling well. Dunbar is preparing for the big Board meeting the next day with Wilson to defend the Dunbar Trust against take-over from Unicom and the threat of privatization from Megan and Abigail, but his plans are put aside by Florence’s sudden turn in health. She is puking blood. An ambulance arrives and she is rushed to the hospital. The doctor informs Dunbar that Florence has been poisoned. J, on Megan’s orders, shot her with a poisonous dart while she and her father were on a walk around Central Park. That was why Megan wanted J eliminated: to erase all evidence of her connection to the crime.

Instead of being at the Board meeting to persuade the shareholders to stay loyal to the company they have helped forge, Dunbar is at the hospital, mourning the decline of his beloved daughter. He offers to give away his kidneys, his liver, his eyes, anything to save Florence but the doctor says it won’t work. Her entire system is poisoned. She will die. Chris, her love, sits beside her, watching her breathe. Dunbar is heartbroken. He learns about the suicide of Peter from Wilson and asks Wilson if this is truly what the world has come to--everything destroyed. Wilson, the wise observer, says that even as all blows to dust, the truth lives on through those unafraid to tell it.

More summaries and resources for teaching or studying Dunbar.