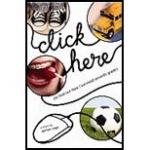 On January 6, Erin's mom drives her to school with her sandwich board apology to everyone. Serena tells Erin she'll have to wear that until senior prom for her to forgive Erin. In the cafeteria, Tyler apologizes for the mean things he said to Erin when he's sees the message. She notices his hair isn't spiked. One of Tyler's friends says he changed his hair for Erin Erin tells him to read her letter in the Intranet the following day. at Jilly's locker, Jilly talks to Erin. Erin tells her to read her letter and Jilly agrees to read it. Erin stows the sandwich board in the janitor's closet and catches the bus home.

Erin publishes an apology letter on the Intranet site.

Erin has found one more way to try to get...

(read more from the Chapter 28 and Tuesday, January 7 Summary)