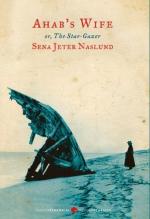 Ahab's Wife, or, the Star-Gazer Summary & Study Guide includes comprehensive information and analysis to help you understand the book. This study guide contains the following sections:

This detailed literature summary also contains Topics for Discussion and a Free Quiz on Ahab's Wife, or, the Star-Gazer by Sena Jeter Naslund.

Ahab's Wife by Sena Jeter Maslund is the story of a woman named Una whose life was dominated by the sea from an early age. She disguises herself as a boy and runs away to sea to work as a cabin boy and has many adventures. She watches her husband, Captain Ahab, go into madness after losing his leg to the whale Moby Dick. After his death, she makes a life for herself. Ahab's Wife is Una's story of the life she lived and how she found peace and fulfillment.

Una was born and raised in Kentucky, where she lived until she clashed too much with her father over religion. Fearing for Una's life, her mother sends her to live with her aunt and uncle on Nantucket Island. Una adjusts to life on the island where her only companion is her young cousin Frannie. When Una is sixteen, two sailors, Giles and Kit, come to the island to install a new light in the lighthouse.

Una is infatuated with both men. When she is sent to New Bedford to meet her mother, she makes plans to meet Kit and Giles. She follows them and learns what boat they will be sailing on. When she is notified that her mother won't be coming, she disguises herself as a man and hires on as a cabin boy on the same boat that Kit and Giles work on. They are at sea for over a month before Kit and Giles discover she is aboard. When the ship, the Sussex, is sunk by a whale, the three are in a small boat with ten others. They have to resort to cannibalism to survive and they are the only three survivors.

Giles dies when he falls overboard on the rescue boat and Kit begins to sink into madness. When he asks Una to marry him she accepts, and the marriage is performed by Captain Ahab on board the Pequod. Kit's mental condition does not improve when they return to Nantucket. When he is imprisoned for exposing himself in public, the Indians help him to escape. He leaves Nantucket and heads to Canada or the West.

Una learns from Captain Ahab that Kit will not be returning and she soon marries him. While he is away at sea, she travels to her mother's in Kentucky for the birth of her baby. Her mother dies in an accident and her baby dies, so she returns to Nantucket. She has her son, Justice, while Ahab is away for his second voyage of their marriage. He returns without his leg, which he lost to a great white whale known as Moby Dick. He is consumed with seeking revenge against the whale and does not return from the third voyage.

Una meets various people who become her friends. She moves from Nantucket to Siasconset to be near Mary Starbuck and her son. Both of their husbands are killed on the Pequod. Una does not attain closure until she meets Ishmael, who was the only survivor of the last voyage of the Pequod. Eventually, they live together and have a daughter named Felicity. Una finally finds the peace and fulfillment that she has been looking for in life.

Ahab's Wife, or, the Star-Gazer from BookRags. (c)2022 BookRags, Inc. All rights reserved.