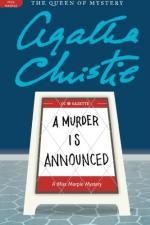 A Murder Is Announced Themes

This mystery takes place after World War II. The war affected almost every person in the story, as it did to every person In Europe at the time. People still felt the ripples of the war: women lost husbands, children lost fathers, and families lost everything. When Phillipa creates her story of a lost husband to the war, people find it very plausible and believe her. Even more, they sympathize for her.

Emma loses contact with her father because of the war. His absence left her an orphan with absolutely nothing. After spending some time in the French Resistance, she realized the toll of the war on her future. To her, the war had taken her father and everything along with him. Without him, she must find a way to take care of herself.

Mitzi illustrates the trauma of war the most. She screams about her...