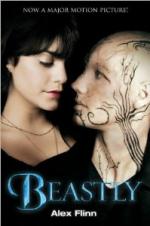 Alex Flinn
This set of Lesson Plans consists of approximately 130 pages of tests, essay questions, lessons, and other teaching materials.

1. Why does Adrian want to get a head start on their tutoring session?
(a) He wants to skip ahead.
(b) He has other plans for their scheduled class time.
(c) He wants to impress Linda.
(d) He is having trouble keeping up with the pace of the lesson.

2. Why do Linda and Adrian decide she should leave?
(a) Adrian is tired of having her around.
(b) They are not getting alone anymore.
(c) Adrian knows that when you love someone, you should let them go.
(d) Her father is in a drug induced stupor, and she should go to him.

3. What does Kyle learn at the party?
(a) That he never really had any real friends.
(b) That Trey is just as bad as he has been.
(c) That Sloane still loves him.
(d) That he is a putz.

7. Why does Kyle refuse to face Magda at dinner?
(a) He is embarrassed about the roses.
(b) He is embarrassed because he is falling in love with her.
(c) He does not want to have to look at a servant while he eats.
(d) He is angry at her for suggesting the garden.

11. How does Adrian feel about Lindy being gone so long?
(a) He is upset that she didn't tell him how long she would be gone.
(b) He is glad that she is gone.
(c) He is worried that she will not return to him.
(d) He wishes that she would just stay gone.

12. How do people react to Adrian in the subway?
(a) They are afraid of him and try to push him onto the tracks.
(b) They run from him.
(c) They accept him for who he is.
(d) They ignore him.

13. What happens when the mugger tries to tell the reporters that there was a beast that attacked him?
(a) Adrian admits that he was the beast, but that the curse is now lifted.
(b) Adrian and Linda deny ever seeing the mugger, and say that he must be crazy.
(c) Adrian and Linda make a joke about the guy being drugged up and everyone laughs it off.
(d) Linda claims to have been the beast.

14. How does Kendra agree to help Will and Magda?
(a) By granting wishes.
(b) As a condition to Kyle's curse.
(c) Without magic.
(d) By praying for them.

1. Who breaks into Kyle's greenhouse, destroying the roses?

2. How does Will feel about Adrian leaving Linda alone?

3. Who was Ida Dunleavy?

4. What does Adrian tell Linda when she asks how he became a beast?

5. What does Linda's father not offer Kyle in return for his life?