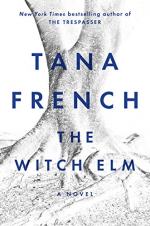 Tana French
This Study Guide consists of approximately 70 pages of chapter summaries, quotes, character analysis, themes, and more - everything you need to sharpen your knowledge of The Witch Elm.

This detailed literature summary also contains Quotes and a Free Quiz on The Witch Elm by Tana French.

The following edition was used to create this study guide: French, Tana. The Witch Elm. Viking, 2018.

The Witch Elm takes place in Ireland, and is narrated in the first person. The novel is divided into 13 chapters. The narrator, Toby Hennessy, is also the main character. Because the novel begins with Toby in the present calling his cousins about the past, it is clear that Toby is reflecting in the present on events that have already occurred; this is reflected in the tenses, as the bulk of the novel is narrated in the past tense, but begins and ends with the present tense. Other than the introduction, which takes place after the events of the novel, the novel follows a linear timeline.

The first chapter begins with a short monologue about Toby’s own luck. He calls his cousins, Susanna and Leon, to talk to them about Ivy House. At this point in the narrative, readers do not know what Ivy House is, but they know that he considers himself lucky to have had it, even though his cousins advise him to forget about it. After this brief introduction, Toby begins to recount one night at a pub, which he spent with his friends from high school, Sean and Declan. The narrative reveals that Toby worked in public relations at an art gallery, where he committed fraud by helping his coworker Tiernan pass his work off as that of an underprivileged 18-year-old named Gouger. The night in question takes place the same day that he manages to regain his boss’s favor, after a suspension which lasted four days. After they leave the pub, Toby calls his girlfriend Melissa, but does not go over to her apartment because he worries that he might drunkenly admit what happened at work. When he returns to his own apartment, he is attacked by two burglars who severely beat him.

Toby experiences serious brain damage due to the attack. The two detectives who are assigned to his case, Detectives Martin and Bannon (Bannon is exclusively referred to as “Flashy Suit” in Toby’s narration), have no leads (59). After he is released from the hospital, Toby spends a few months living in fear in his own apartment. During this time, Susanna calls him to tell him that their uncle Hugo is dying of brain cancer. Toby and Melissa move into Ivy House to take care of him. Toby’s narration reveals that Ivy House is Uncle Hugo’s home, and that Toby and his cousins spent a lot of time there in their youth. Hugo, a genealogist, is working on a project to uncover the family history of a woman named Amelia Wozniak, and enlists Toby’s help upon his arrival. Toby’s time at Ivy House with Melissa and Hugo is idyllic, but this peace only lasts for a month. It ends when Zach, one of Susanna’s children, discovers a human skull in the wych elm in the back garden.

Crime scene investigators enter the garden. They cut down the wych elm and lift up the entire garden. The lead detective, Detective Rafferty, who intimidates Toby, tells Toby that they discovered an entire human skeleton in the process, and that the skeleton in question was Dominic Ganly, a former classmate of Toby’s. Toby begins to hunt for answers, despite Melissa’s warnings to leave it alone. Rafferty returns and heavily implies that Toby is a major suspect in Dominic’s murder because the cord from one of his hoodies was used to garrote Dominic. Hugo’s health begins to decline noticeably during this period.

After Rafferty’s implicit accusation, Toby asks Susanna and Leon to come over for dinner; he convinces Melissa to help pry details out of them, but as things get more tense, Melissa one again asks him to leave it alone. Toby refuses and returns to his cousins, but just as Toby begins to accuse Leon of sending the two burglars after him, a long-eared owl flies down at them, terrifying Toby and Leon so much that the conversation ends abruptly. Susanna and Leon go home and Toby goes upstairs to find that Melissa has left.

Toby convinces himself that he must have been the killer and that he simply forgot. In the morning, he tells this to Hugo. Hugo then calls Detective Rafferty to confess and is promptly arrested. In police custody, Hugo collapses and is rushed to the hospital. The whole family, with Rafferty lurking in the background, ends up in the hospital for the last few days of Hugo’s life. The tenth chapter ends with Hugo’s death.

After Hugo’s death, Toby returns to Ivy House. Susanna and Leon admit to Toby that they killed Dominic together because he harassed and assaulted Susanna, completely without Toby’s involvement. Toby tells no one and returns to Hugo’s genealogy project as Ivy House falls into disrepair around him. He completes Hugo’s project and emails Mrs. Wozniak, but does not read her response. Rafferty finds him at the house and reveals that someone sent Dominic anonymous emails pretending to be a girl who was secretly interested in him. Toby realizes that these emails must have been him, and that they inadvertently encouraged Dominic’s harassment of Susanna. During this conversation, Toby punches Rafferty, sparking a fight which results in Rafferty’s death. Toby attempts suicide the next morning, but is discovered by his family before he dies. He is tried for Rafferty’s death and is sentenced to two years in a mental hospital followed by ten years in prison; this sentence is light thanks to his brain damage, which is played up for the court.

Detective Martin visits Toby in the hospital to tell him that he found one of the men who attacked Toby in his apartment, and adds that Tiernan was likely involved as well. Toby’s narration reveals that during Toby’s trial, the family sold Ivy House to pay for the lawyers and medical care. Then the narration jumps to Toby’s conditional release from the mental hospital. Toby’s uncle Oliver finds him an easy job in a public relations firm, and his parents rent out his old apartment. Despite his own apathetic approach to his life, the novel concludes with Toby defining himself once again by his good luck.

More summaries and resources for teaching or studying The Witch Elm.