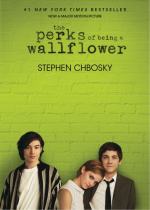 The Perks of Being a Wallflower Summary & Study Guide

The Perks of Being a Wallflower Summary & Study Guide Description

The Perks of Being a Wallflower Summary & Study Guide includes comprehensive information and analysis to help you understand the book. This study guide contains the following sections:

This detailed literature summary also contains Topics for Discussion on The Perks of Being a Wallflower by Stephen Chbosky.

"The Perks of Being A Wallflower" by Stephen Chbosky is the story of Charlie, a young teen who is socially immature, inept, and suffers from ongoing emotional issues. The book is presented in an epistolary format, which tells the story in a series of letters from Charlie to an anonymous source who is never identified. The story takes place during Charlie's year of transition from middle-school to high school student.

Charlie lives at home with his mother, father, older brother, and older sister. He loves his parents and his siblings. He lives in the shadow of his older brother who was a high school football star and won an athletic scholarship to Penn State. His father openly idolizes his older son for his athletic prowess which makes the small, fragile Charlie suffer from low self-image and confusion. But Charlie is not a wimp by any standard. Charlie stands up to and gets into a fist fight with a bully despite the relative size disparity. And when one of Charlie's best friends, Patrick, is embroiled in a fight in which he is outnumbered five to one, Charlie steps in to help him.

Charlie has been haunted for years after the passing of his Aunt Helen who lived with the family. Helen had many personal problems that led to drug and alcohol abuse. Once she was rehabbed, she moved in with Charlie's family. Charlie became very close to his aunt who always told him how special he was, was always attentive and affectionate with him and spoiled him at every chance she got. When Aunt Helen was killed in an automobile accident on one Christmas Eve night, Charlie plummeted into a psychological decline from which he never fully recovered. Part of Charlie's problems centered around the pervasive secrecy that was baked into the family. There were just certain things that could not be discussed like abuse, sex, and homosexuality and the expression of one's emotions and opinions was never encouraged. In the tradition of his family, Charlie learned to be a secret-keeper.

Although Charlie was initially friendless at his new school, he was able to make a connection with Patrick, a social outcast himself, who was a senior. Through Patrick, Charlie met Sam, his step-sister, and a small circle of other friends with whom Charlie eventually becomes close. To Charlie, Sam was the perfect girl. She was beautiful and nice to him and actually listened to what he had to say. The friends eventually brought Charlie out of his shell and his tendency to keep secrets won their praise. In fact, they toasted him one night for seeing and not telling - for being the perfect wallflower.

Through his journey of self-discovery sparked by his new and positive friendships and unlocking memories that were repressed and buried for years, Charlie finally gets to the heart of the issues that had been plaguing him for years. When he finally meets his demons, Charlie is able to begin the difficult steps toward full recovery and ultimately liberation from his past.

The Perks of Being a Wallflower from BookRags. (c)2022 BookRags, Inc. All rights reserved.