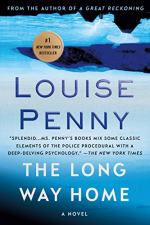 Louise Penny
This Study Guide consists of approximately 57 pages of chapter summaries, quotes, character analysis, themes, and more - everything you need to sharpen your knowledge of The Long Way Home.

This detailed literature summary also contains Quotes and a Free Quiz on The Long Way Home by Louise Penny.

The following version of the novel was used to create this study guide: Penny, Louise. The Long Way Home. Minotaur Books, August 26, 2014. Kindle.

In The Long Way Home by Louise Penny, Armand Gamache, the former head of homicide, had come to the village of Three Pines to rest, heal, and find peace. His peace was shattered when Clara Morrow told him that her husband, Peter, had not returned when he had promised in order to discuss the possibility of giving their marriage a second chance. Gamache feared the possibility he would have to investigate another homicide but knew that he would not be able to enjoy his peace is he was not able to demonstrate his bravery by taking on the case. What Gamache discovered was a twisted crime of jealousy and ambition of which Peter became a victim unwittingly.

Clara did not want to tell Gamache that Peter was missing because she did not want to interrupt the peace she knew he had come to Three Pines in search of. When Clara did finally tell Gamache that Peter had not shown up when he promised, she could see fear in his eyes and knew she was responsible for putting it there. Despite the dread he felt about getting involved in police work again, Gamache teamed up with Jean-Guy Beauvoir, his former colleague and currently his son-in-law. Beauvoir, who was still working for the police department, tracked Peter’s movements through the course of the past year using credit card records. He discovered that Peter had gone to Paris, Venice, and then a small town in Scotland before returning to Canada. That had been four months before he was supposed to return to Clara. When he arrived in Canada he went first to Toronto and then to Quebec City. In Quebec City he had taken $3,000 from his bank account and had seemingly disappeared.

Working with others from the village, Clara, Gamache, and Beauvoir located some paintings done by Peter and mailed to Bean, the child of Clara’s sister, presumably for safekeeping. The paintings were awful but showed that Peter was trying to paint art that evoked emotion instead of just following the rules of painting. They traced his journey and discovered that he had visited LaPorte, a commune for children and adults with Down’s Syndrome, in France. Peter had apparently not found what he was looking for there so he moved on.

Working with a constable in Scotland, Gamache learned that Peter had painted one of his terrible works of art at the Garden of Cosmic Speculation. It was rumored that a group of hares visited the garden each night where the animals turned to stone and then transformed back to live animals. Clara believed that Peter had first begun his own transformation there because they were able to identify the group of hares in one of his paintings.

Gamache and the others next tracked Peter to the Ontario College of Canadian Arts where he had gone to visit Paul Massey, one of Peter’s former art professors. Massey struck them as being a kind man who seemed to genuinely love his students. He told them about Sébastien Norman, another professor at the college who had taught there only one year. Norman had seemed insane at the time and had been fired because he embarrassed students whose art he thought was bad by showcasing them in what he called his Salon des Refusés. Massey also shared that Norman had been unconventional and taught the belief that there was a tenth muse that all artists had to find in order to become great.

Gamache, Beauvoir, Clara, and Myrna, a former psychiatrist, went to Baie-Saint-Paul because at one time an art community had sprung up there around Norman. They thought perhaps Norman was still there and that Peter had visited him. Although they found evidence that Peter had been there, he was no longer staying in Baie-Saint-Paul. Gamache and the others visited the place where Norman’s art commune had been located. On a hunch that Norman had been killed and buried there, Gamache asked local police to have cadaver dogs search the area. Instead of finding a body, the police found a metal box with a white powder determined to be asbestos inside.

Gamache and the others went through a variety of speculation and finally decided that Norman had sent asbestos-laced canvases to Massey in an attempt to kill him and get revenge for being fired. When Gamache and Beauvoir located Peter and Norman in Tabaquen, they discovered that they had been looking at things from the wrong perspective. Massey was jealous of Norman’s art who in turn was dying from lung damage as a result of the asbestos. Peter had intended to criticize Norman for hurting Clara by including her art in his Salon des Refusés but when he found the professor so sick, he took pity on him and cared for him. In a final showdown between Gamache and Massey, who feared Gamache and Clara had recognized him and knew it was he who killed Norman, Peter was fatally stabbed.

More summaries and resources for teaching or studying The Long Way Home.