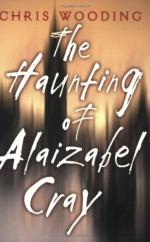 Plot Summary
+Chapters Summary and Analysis
PART ONE: THE LOST GIRL - Chapter 1: Pursuit, Thaniel Gets a Cruel Surprise, First Impressions; Chapter 2: The Irrepressible Miss Bennett, Meet Doctor Pyke, A Name for the Girl
PART ONE: THE LOST GIRL - Chapter 3: A Woman of Ill Repute, Turning Trucks, An Unhappy Twist of Fate; Chapter 4: Alaizabel's Fever, An Unwelcome Observer, A Letter from Doctor Pyke
PART ONE: THE LOST GIRL - Chapter 5: A Race Against Time, Maycraft, Thaniel Gets a Second Chance; Chapter 6: Cathaline's Attic, A Rite Is Performed, Plans Are Made; Chapter 7: A Disturbance in the Night, The Fraternity Show Their Hand
PART TWO: STITCH-FACE - Chapter 8: Charity Street, The Green Tack Murders; Chapter 9: The Crooked Lanes, Grindle, Carver Makes a Discovery
PART TWO: STITCH-FACE - Chapter 10: An Audience with Crott, A Deal Is Struck, The Rat King; Chapter 11: The Strange Death of Alista White, A Carriage at Bedford Acres; Chapter 12: The Fiend in the Sewers, A Trick to Trap the Wych-Kin
PART TWO: STITCH-FACE - Chapter 13: Perris the Boar, Elisander and Sanforth, Maycraft Gets a Call; Chapter 14: Honour Among Vagabonds, An Unexpected Ally
PART THREE: THE FRATERNITY ASCENDANT - Chapter 15: A Lady in Distress, Thaniel Fights Alone, Disaster Strikes; Chapter 16: Vigil for the Dying, Despair in the Bell Tower; Chapter 17: A Gathering, Curien Blake
PART THREE: THE FRATERNITY ASCENDANT - Chapter 18: The Girl in the White Shift, An Ill Meeting; Chapter 19: The Beggars Ready for War, The Inevitable Arrives
PART FOUR: THE DARKENING - Chapter 20: Portents, The Night Mare, The First Dark Day; Chapter 21: At Stitch-Face's Mercy, The Siege of the Crooked Lanes, Reunion
PART FOUR: THE DARKENING - Chapter 22: The Wych in Alaizabel Cray, The Hallow Ghoul, The Puppets See the Strings; Chapter 23: Caledonian Road, Beneath the City, An Old Enemy Returns
PART FOUR: THE DARKENING - Chapter 24: General Montpelier, London by Airship, The Heart of Evil; Chapter 25: The Cathedral, Guardians; Chapter 26: The Wych-Dogs, Prophecies Fulfilled, The American Way
PART FOUR: THE DARKENING - Chapter 27: The Gallery, Gregor Gains His Freedom; Chapter 28: Pyke Holds the Answers, The Wych-Kin Revealed, All Is Ended; Chapter 29: Aftermath
Characters
Objects/Places
Themes
Style
Quotes
Topics for Discussion
Order our The Haunting of Alaizabel Cray Study Guide

Chris Wooding
This Study Guide consists of approximately 44 pages of chapter summaries, quotes, character analysis, themes, and more - everything you need to sharpen your knowledge of The Haunting of Alaizabel Cray.

The Haunting of Alaizabel Cray Summary & Study Guide includes comprehensive information and analysis to help you understand the book. This study guide contains the following sections:

This detailed literature summary also contains Topics for Discussion on The Haunting of Alaizabel Cray by Chris Wooding.

"The Haunting of Alaizabel Cray" takes place in a fictionalized London, probably in the late 1800s. After an attack on London known as the Vernichtung, London is overrun with wych-kin. Thaniel and Cathaline, two wych-hunters, encounter a girl named Alaizabel. She seems virtuous, but she is somehow connected with a plot to destroy the world. As the novel progresses, Thaniel and Alaizabel fall in love, thwart the plot of the Fraternity, and discover the origin of the wych-kin.

Thaniel is a talented wych-hunter, following in the footsteps of his famous father. Her father however is lonely even though he shares his house with his wych-hunter partner, Cathaline. While out hunting one night, Thaniel encounters a deranged young woman, Alaizabel Cray. She remembers nothing about her past and Thaniel is attracted by her beauty and vulnerability. She has a strange tentacled tattoo at the base of her spine.

The spirit of a powerful wych named Thatch possesses Alaizabel. This witch is part of a plot to resurrect gods called Glau Meska and start a new world. Orchestrating the plot is a group known as the Fraternity, composed of wealthy and powerful members of society, along with other useful individuals such as policemen, civil servants, secretaries, and postmen. Dr. Pyke and Inspector Maycraft are important members of the Fraternity.

Stitch-face is a serial killer who plagues London. The Fraternity copy his techniques to cover up a series of murders. When these murders are plotted on a map, they match the tattoo of the tentacled chackh'morg on Alaizabel's spine.

Thaniel, Cathaline, and Alaizabel are joined by Detective Carver, Lord Crott, a Beggar Lord, along with some of Crott's men, in a dramatic struggle to thwart the plot of the Fraternity. The ultimate demise of the Fraternity takes place in a once-hidden cathedral in London's Old Quarter. Thatch is killed right at the moment when she is about to summon the Glau Meska. Dr. Pyke reveals that the wych-kin were actually created by mankind, in response to the helplessness and despair brought about by the Age of Reason. If man has nothing to believe in, no greater power, then he must take the guilt upon himself. That guilt comes in the form of wych-kin.

After the Darkness, survivors are grateful for their second chance.

More summaries and resources for teaching or studying The Haunting of Alaizabel Cray.

The Haunting of Alaizabel Cray from BookRags. (c)2022 BookRags, Inc. All rights reserved.