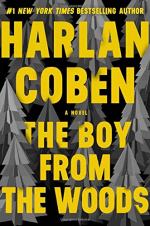 The Boy From the Woods Summary & Study Guide

Harlan Coben
This Study Guide consists of approximately 72 pages of chapter summaries, quotes, character analysis, themes, and more - everything you need to sharpen your knowledge of The Boy From the Woods.

The Boy From the Woods Summary & Study Guide Description

The Boy From the Woods Summary & Study Guide includes comprehensive information and analysis to help you understand the book. This study guide contains the following sections:

This detailed literature summary also contains Quotes and a Free Quiz on The Boy From the Woods by Harlan Coben.

The following version of the novel was used to create this study guide: Coben, Harlan. The Boy From the Woods. Grand Central Publishing, March 17, 2020. Kindle.

In the novel The Boy From the Woods by Harlan Coben, a runaway girl, a blackmail video, a tyrannical Presidential candidate, and a man wrongly convicted of murder are all threads of a mystery that former special operations agent and security officer Wilde must unravel to save the life of boy kidnapped by political extremists. Coben explores the results of doing what is right by the law as compared to what is right in one’s mind as he builds his story to a surprising end.

When Naomi Pine, a student bullied by her classmates goes missing, Matthew Crimstein asked his grandmother, Hester Crimstein, a lawyer and television show host, to help him find her. Hester, in turn, employed the help of Wilde, Matthew’s godfather. Wilde found Naomi hiding in her father’s basement. She had attempted to play the challenge game, a game where teens gain popularity points by running away from home. Naomi had stayed in the woods two days, but feared her father would start drinking more because he was worried about her so she came home. After she was bullied even more relentlessly when she returned to school after her failed attempt, Naomi disappeared again. Four days after she disappeared, a severed finger was found.

Wilde confronted Crash Maynard, a rich student responsible for tormenting Naomi in the past, because Wilde believed Crash was involved in Naomi’s disappearance. Crash claimed he did not know anything about Naomi, but Wilde was stopped by the Maynards’ security leader, retired Marine colonel Gavin Chambers. The following day, Chambers led a security detail to find Wilde’s house. Chambers told Wilde that Crash was missing. Wilde’s confrontation of Crash had made him the primary suspect. Wilde patched Hester through on a video phone call to warn Chambers that she was Wilde’s attorney. She warned Chambers she would make his life miserable if anything happened to Wilde.

Chambers drove Wilde to the Maynards' house while Hester was brought by helicopter. Hester told Dash and Delia Maynard, Crash’s parents, that since they had hired her to be their attorney, she wanted Chambers out of the room. She explained the situation. Enemies of political candidate Rusty Eggers believed that Dash had video evidence that could end Rusty’s campaign. Dash claimed that it was not true, that he and Eggers were friends and had been since they served as political interns together. Regardless, Eggers had hired Chambers to protect the Maynards. Hester feared that Chambers had an ulterior motive since he was, ultimately, Eggers’ employee. The Maynards fired Chambers and hired Wilde to help them find Crash.

Dash showed Wilde and Hester a ransom note they had received from the kidnappers. It asked Dash to release the all videos, especially the most damaging ones, that he had against Eggers in exchange for Crash’s safe return. Dash uploaded videos as directed, including one that showed a forty-year-old Eggers sexually harassing a teenaged girl. Dash and Delia received coordinates at which it was indicated they would find Crash. When Wilde went to those coordinates, however, he found a cooler with one of Crash’s severed fingers inside. The kidnapper warned that if the most damaging videos were not released, he would cut off Crash’s entire arm.

Dash admitted he had held back one video in which Eggers had admitted to killing a fellow political intern. That intern’s death had been blamed on a black man who was still serving a prison term in jail for a crime he did not commit. Dash sent this video as Wilde did his own investigation. He had put a GPS tracker on Chambers' car. He followed the signal to a closed rest stop. Wilde found Crash chained up in a closed donut shop. After Wilde sent Crash to the hospital with his assistant, Rola Nasser, Wilde confronted Chambers in an empty mechanic's garage nearby.

Wilde watched as Chambers sent the video uploaded to him by Dash to various media outlets. Wilde waited until the video was sent, indicating that he believed the video needed to be made public. When he confronted Chambers, Chambers indicated that he intended to kill himself instead of facing the charges he knew would be pending against him. Even though Wilde was willing to allow the video to be made public illegally, he would not allow Chambers to kill himself. He told Chambers that he was the only one who knew Chambers was responsible for the kidnapping. Wilde did not intend to tell anyone what he had discovered. He left Chambers at that.

Meanwhile, Delia visited Hester one last time. Delia told Hester that she, not Eggers, was responsible for killing Anson. Delia and Eggers had been dating at the time, so Delia was alone at Eggers’ apartment. Delia let Anson, who was drunk, into the apartment. She stabbed him with a kitchen knife after he raped her. When Eggers found Delia with Anson’s body, he sent Delia away. It was only when Dash admitted he had the video of Eggers admitting to a murder that Delia learned Eggers had called Dash to help him dispose of the body. Eggers claimed on the video he had killed Anson in self-defense. They did not call the police.

Hester had promised to help get Raymond released from jail. However, she was unable to use any of the information that the Maynards had given her because of attorney-client privilege. Hester’s loyalty to the law keeps her from doing something good to protect the innocent. Wilde’s decision to allow Chambers to release the video so that the public could see the sort of person Eggers was did not have the desired impact either. Those who supported Eggers made excuses for him and continued to support him despite his apparent illegal behavior.

More summaries and resources for teaching or studying The Boy From the Woods.

The Boy From the Woods from BookRags. (c)2022 BookRags, Inc. All rights reserved.