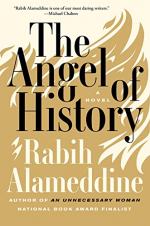 Related Topics
An Unnecessary Woman
The Wrong End of the Telescope

The Angel of History: A Novel Summary & Study Guide

The Angel of History: A Novel Summary & Study Guide Description

The Angel of History: A Novel Summary & Study Guide includes comprehensive information and analysis to help you understand the book. This study guide contains the following sections:

This detailed literature summary also contains Quotes and a Free Quiz on The Angel of History: A Novel by Rabih Alameddine.

The following version of this book was used to create this study guide: Alameddine, Rabih. The Angel of History. Grove Atlantic. October 2016. First Edition. The collage-like narrative shifts points of view between first-person narrator/protagonist Jacob and third-person descriptions of conversations between Satan and other spiritual influences on Jacob’s life.

The book’s anchoring narrative line, or thread, is set in the present. Middle-aged Jacob, an immigrant from the Middle East who arrived in America several decades earlier, visits a free clinic in search of mental health counseling – specifically, time in a psychiatric hospital. He is accompanied on his visit by Satan, whose presence only Jacob can perceive.

As Jacob’s first person narration describes events and circumstances as he and Satan wait to be seen by intake counselors, further first person narration describes experiences that brought Jacob to this point in his life. These narrations take the form of journal entries, generally addressed to Doc, Jacob’s lover who died of AIDS 20 years earlier. In them, Jacob tells stories about his childhood being moved from place to place within the so-called “Arab World” (from Yemen to Cairo to Beirut), as well as stories of his troubled life both during his life with Doc and after Doc’s death. These stories reveal Jacob’s psycho-emotional-sexual tendency towards being humiliated, as well as his struggles to be a successful poet and a good friend.

These two narrative lines – the Jacob-at-the-clinic line and the Jacob-explores-his-past line – are juxtaposed with a third narrative line - conversations that Satan conducts with other spiritual entities that influenced, and continue to influence, Jacob’s life. The first is Death, portrayed as Satan’s son. Throughout the book, Death and Satan argue over whether Jacob is right to want to forget the sufferings of his past – specifically, his intense, lingering sense of loss in the aftermath of Doc’s passing. Death argues in favor of forgetting, while Satan argues in favor of remembering. Aspects of their argument carry over into Satan’s other conversations, specifically those with several of the saints that have accompanied Jacob throughout his life. These saints include the tender Saint Margaret, the foul-mouthed Saint Barbara, and the wise Saint Catherine of Alexandria, as well as the warrior-minded Saint George, the playful Saint Pantaleon, and the shy Saint Blaise.

The book also contains three short stories ostensibly written by Jacob, each of which considers conflicts within his identity in metaphoric ways. The first is the story of a colorful boy kept in a basement by a conservative adult; the second is the story of a drone aircraft told in the voice of the aircraft itself; the third is the story of wealthy Americans who keep Arabs like pets.

As the book draws to its conclusion, Jacob’s plea for help is treated with medication, rather than the hospitalization he sought. Outside the clinic, Satan talks him into rejecting the medication offered him, and then calling on the saints that he had rejected in the aftermath of Doc’s death. Jacob does, and the saints come, offering their comfort and healing. Jacob then walks home, narration describing how he stops along the way and writes poems on and at various places that trigger memories of his life with Doc and his friends. The last poem is written on the door of the home Jacob and Doc used to share. After writing the poem, Jacob goes through the door … and there the novel ends.

The Angel of History: A Novel from BookRags. (c)2022 BookRags, Inc. All rights reserved.