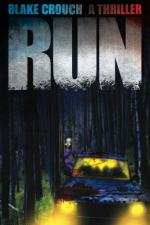 This detailed literature summary also contains Quotes and a Free Quiz on Run by Blake Crouch.

In the novel Run by Blake Crouch, Jack Colclough and his family ran from their home in Albuquerque when his name was included on a list of people slated for execution. Jack and his family had done nothing wrong except they did not wake up to see aurora lights that appeared above the forty-eight about a month preceding a strange outbreak of violence. The violence got substantially worse with large groups of armed men traveling the country in convoys burning towns, villages, and cities and killing everyone who did not see the aurora.

Jack, his wife Dee, and their children Naomi “Na” and Cole left their home in Albuquerque with camping supplies bought years prior but never used. Jack had intended to take his family on group camping trips but his priorities had changed and much of the equipment still had the price tags on it. Dee had been having an affair and intended to leave her husband for her lover, Kiernan, but Kiernan was one of those who was affected by the aurora. He ordered Dee to go back home to her family and then hit her across the room to make her point.

As Jack and Dee run for their lives they begin to connect as a married couple again. They just manage to outrun a group of violent men when their car runs out of gas. Fearing they will starve to death, Dee and Jack begin arguing when Na points out that she can see a mailbox and faint outline of a driveway. At the end of the driveway, they find a cabin equipped with solar panels and a good supply of food. Jack managed to kill an elk and the family enjoyed a satisfying dinner. He told his family that he considered that day the best of his life. He and his wife had even been making love again.

The family had to leave the cabin when they were found by a group of violent people. At that point, their lives went from bad to worse. They had no vehicle and had to climb to the top of a mountain in order to reach the highway that would take them north. They had to leave their one backpack behind at some point. By the time they reached the top of the mountain, they were starving and dehydrating.

A few days later Jack and his family had still had nothing to eat. Jack believed that he had found help when he saw an eighteen-wheeler with the Red Cross symbol on it. Instead of being manned by helpful people, however, the eighteen-wheeler had been procured by the violent men. Jack was abducted. Dee and the children were left on their own.

They were close to dying of starvation when Dee stopped Ed on the highway. He took them with him but he was killed by a group of the violent men on the way to an airport. Dee and the children were taken in by a group of people living in solidarity in the woods. When members of the militia learned from a prisoner they had taken that Cole was affected, Dee was afraid her son was about to be killed. There was a distraction as the militia was attacked and Dee was able to get herself and her children away from the militia compound.

Meanwhile, Jack and the other people in the eighteen-wheeler were unloaded. They were promised food and water after they lined up for questioning. Instead of being questioned, the people who were lined up were shot. The dead fell backward into a pit. Jack was not fatally injured. He buried himself under dead bodies to keep from being seen. A man went through the pit with a chainsaw making sure all of the people were dead. Jack avoided the chainsaw and then managed to crawl from the pit before the dead were covered by dirt.

After they had almost given up on each other, Jack and Dee were reunited in Great Falls near the Davidson Building where they had originally met one another. A day came as they were making their way to the Canadian border when Dee was hit by a bullet as a group of violent men sprayed them with bullets. Knowing she would probably bleed to death, Dee took the car and tried to lead the violent men away from his family. Just as it appeared that she was either going to die or be killed by the violent men, something happened to cause the men to return to normal. Dee was saved.

In the last scene, it was nineteen years later. Na was working with an excavation team in the pit where her father almost lost his life. Her father had been flown in to see the site. He said that even though it had been a tragic place, he did not want to forget what had happened there. He believed it was a miracle that he had survived.