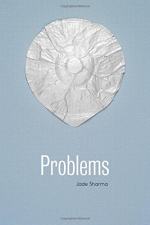 Jade Sharma
This Study Guide consists of approximately 41 pages of chapter summaries, quotes, character analysis, themes, and more - everything you need to sharpen your knowledge of Problems.

The majority of the plot unfolds in Maya's Apartment in an unidentified part of Manhattan. Having bought the apartment with the inheritance money left by her father, she initially shares the space with Peter before he leaves. Maya spends her time in the apartment high on heroin and being generally unproductive, her lethargy a vehicle for her to indulge in her demons. Early in the novel, the apartment reminds her of the boring consistency of her marriage and life, while later it becomes the setting for her static addiction. She overdoses in the apartment, and later, decides to use the apartment to start a new chapter in her life by finding a stable roommate.

The city where Maya lives, New York City is a place where people come from other parts of the country to find their life, including Peter and Elizabeth. Maya belongs...

More summaries and resources for teaching or studying Problems.