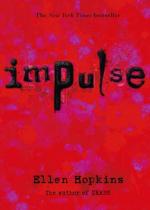 In Chapter 103, both Conner and Tony rappel. Conner wonders why he rebels against love. Tony also speaks about Vanessa, calling her "my girl". They then head to a new campsite, where Raven and Sean hand out letters from their parents.

In Chapter 104, Tony recalls that the only letters he ever received were from the state of Nevada. Vanessa and Tony sit beside one another to read their letters. The earthy smell of Vanessa turns Tony on, who reflects that has never really, truly been turned on by anyone. Tony's father begins his letter by asking him about forgiveness. His father tells him he is proud of him after everything he's been through. Furthermore, Tony's father wants him in his life, and wants the chance for Tony to get to love him.