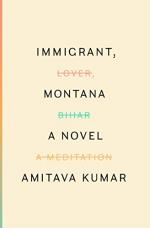 The following version of this book was used to create this study guide: Kumar, Amitava. Immigrant, Montana. New York: Alfred A. Knopf, 2018.

The novel’s protagonist and narrator is Kailash, a man from India who travels to New York City around 1990 to attend graduate school. Upon arriving in America, he is struck by the frankness with which many Americans discuss sex. Kailash soon enjoys life in America, but he feels somewhat guilty, as he feels that he is forsaking his Indian heritage. Kailash soon begins dating a graduate school dropout named Jennifer, to whom he loses his virginity. Jennifer becomes pregnant, and Kailash helps her pay for an abortion. They then break up due to the stress of these experiences.

Kailash has come to graduate school to study literature, but he soon develops an interest in politics as well. One of his professors, Ehsaan Ali, is originally from India. Ehsaan is active in protesting neocolonial policies of modern governments. Ehsaan tells his students an anecdote from when, in 1970, Ehsaan and some of his colleagues discussed kidnapping American statesman Henry Kissinger in an attempt to refocus media attention on the injustices of the Vietnam War. Ehsaan and his colleagues were arrested, but they were acquitted of conspiracy charges due to lack of evidence that they actually planned to act on the kidnapping idea.

Kailash begins dating a fellow graduate student named Nina. Their relationship becomes quite intimate, both emotionally and sexually. Meanwhile, as Kailash continues his graduate work, he begins to incorporate ideas about the intersections between sex and politics. Nina and Kailash’s relationship begins to deteriorate after Nina takes a trip to Pittsburgh to visit her ex-boyfriend. Kailash becomes jealous, and they argue. They take a trip to Yellowstone National Park together, but they break up not long after the trip. Kailash begins to research Agnes Smedley, a deceased woman who was an American journalist and an activist for the liberation of India from Britain. Kailash is interested in how her political life intersected with her personal life.

Kailash begins to date Cai Yan, a graduate student from China. She ignores his flirtation at first, but she soon reciprocates his romantic and sexual interest. Kailash’s relationship with Cai Yan is also heavily based on mutual academic interests. Cai Yan decides to spend a semester studying and researching in India, and Kailash decides to spend a semester studying and researching in China. Their relationship ends after Kailash accidentally sends Cai Yan a love letter that he wrote for a different woman. Kailash finishes most of his graduate thesis while working in China. 20 years later, he is a writer, he is married to an American woman, and he has recently become a United States citizen. Following the citizenship ceremony, he cries, for he worries that he has further betrayed his Indian heritage.