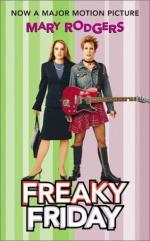 Mary Rodgers
This Study Guide consists of approximately 35 pages of chapter summaries, quotes, character analysis, themes, and more - everything you need to sharpen your knowledge of Freaky Friday.

Discuss the idea of role reversal in the seventies and in present times. How effective would it be for a teenager in today's society to trade places with their mother or father? Would it have the same effect as it did with Annabel?

Explore the concept of trading psyches from one body to another. Is it possible? How do you suppose Ellen did it? If you could trade places with one person, who would it be?

More summaries and resources for teaching or studying Freaky Friday.