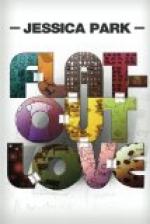 Jessica Park
This Study Guide consists of approximately 23 pages of chapter summaries, quotes, character analysis, themes, and more - everything you need to sharpen your knowledge of Flat Out Love.

This detailed literature summary also contains Quotes and a Free Quiz on Flat Out Love by Jessica Park.

Flat-out Love by Jessica Park is the story of Julie Seagle and her first trip into the real world. Julie leaves Ohio to attend her freshman year at Whitney College in Boston. When she arrives, she learns that her new apartment is actually a burrito restaurant. Julie and her mother have been scammed. Julie stands on the sidewalk with her luggage and stares at the building. Then, she calls her mother and tells her the news. Her mother is upset over the scam, but she is more worried about her daughter. When Mrs. Seagle receives no remedy to the situation when she calls Whitney College, she makes a second call to Erin Watkins, her old college roommate. Erin agrees to let Julie stay with her and her family until Julie is able to find a place to live. While Julie feels strange about the arrangement, she really has no choice.

Julie meets Matt, the Watkins’ middle child. Matt picks Julie up in an old Volvo and apologizes for the lack of air conditioning. Julie arrives at the Watkins’ house and is greeted with open arms by Erin and Matt’s younger sister, Celeste. Matt had warned Julie that Celeste is “interesting.”

Julie quickly learns that Celeste, a thirteen year old girl, speaks like a Victorian girl, thinks like a college professor, and is attached to a large cardboard cutout of her older brother Finn. Finn is off traveling and having his likeness, “Flat Finn,” in the house makes Celeste feel more secure. Celeste has an anxiety disorder and has a great deal of difficulty coping with anything that is outside her usual routine. Julie hopes to help Celeste become a “normal” teenager, especially after she and Matt are informed that unless Celeste learns some social skills she will be kicked out of private school.

Julie learns quickly that Erin and Roger, the parents, are extremely busy people and rarely spend time at home. This means that Matt has the burden of caring for Celeste, making her meals, and taking her to and from school. Julie thinks it is strange that Matt is acting more like a parent than a sibling on top of his demanding studies at MIT.

Julie befriends Finn, the oldest child, through Facebook. Finn shares pictures of his travels around the world and carries on long conversations with Julie. Julie hopes to learn about Celeste’s problems so that she might be able to help the girl. Along the way, Julie falls in love with Finn.

Matt resents Julie’s prying into the family life. The two have several arguments about it. The situation explodes when Celeste has a meltdown at a sleepover. Once again, Matt tells Julie to butt out that she does not know what is best for Celeste.

Through conversations with Finn and Matt, Julie begins to understand what is at the core of the family’s many problems. Matt finally admits that Finn is dead and he has been posing as Finn on Facebook and sending Celeste gifts and letters from Finn. Celeste is aware that Finn is dead because she witnessed the car accident in which he was killed. Flat Finn and the ruse that Finn is traveling is Celeste’s way of coping.

Julie becomes furious with Matt for lying to her and pretending to be Finn. Julie moves out of the house.

Celeste and Julie continue to be friends. Julie is pleased at Celeste’s progress. Celeste announces that she is ready to give up Flat Finn and she throws a going away party. Julie is nervous about going to the house and seeing Matt. Roger tells Julie that Matt may have screwed up but that his heart was in the right place. Julie realizes that it was Matt she was in love with all along.

More summaries and resources for teaching or studying Flat Out Love.