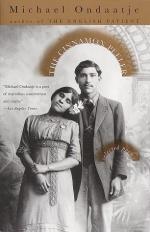 Introduction & Overview of The Cinnamon Peeler

Michael Ondaatje first published "The Cinnamon Peeler" in 1982 as part of his book Running in the Family. "The Cinnamon Peeler" appeared later in Ondaatje's collection Secular Love. As most critics note, this collection was influenced heavily by events in Ondaatje's life, namely his 1979 separation from his wife, Kim Jones, and his subsequent affair with another woman, Linda Spalding. The book is arranged into four different sections, which collectively detail the pain of Ondaatje's breakup and his path through despair to newfound love. "The Cinnamon Peeler" is located in the fourth and final section, "Skin Boat," and is one of the poems that glorifies love. In the poem, the speaker gives a very sensual description of his wife and their courtship, using the exotic qualities of cinnamon, especially its potent scent, to underscore his love and desire. Ondaatje's use of cinnamon, a plant found in his native Sri Lanka, indicates his desire to focus on his former homeland. Ondaatje, who has been a Canadian citizen since he was a teenager, often includes discussions of Sri Lanka in his works. Although critics responded favorably to the poems in Secular Love, this response pales in comparison to the critical and popular response that Ondaatje received for his third novel, The English Patient (1992), which was adapted into a blockbuster film in 1996. A copy of the poem can be found in The Cinnamon Peeler: Selected Poems, which was published in paperback by Vintage International in 1997.