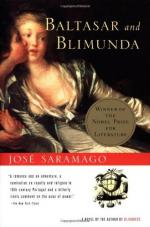 This detailed literature summary also contains Topics for Discussion on Baltasar and Blimunda by José Saramago.

In the novel of Baltasar and Blimunda by Jose Saramago, we see a young couple being thrown together by the vagaries of fate, and becoming complicit in the first invention of flight and the construction of the great convent of Mafra at Portugal. Surrounding this duo are other characters (notably the Padre Bartolomeu do Gusmao, one of the predecessors of aviation theory), the noble, and the criminal, as well as the persecutions of the Holy Inquisition. The story takes this strange couple on the journey through their lives as they tackle seeming impossibilities of their times, whilst attempting to answer some of the deepest questions of their life and love.

The story begins with the dismissal of Baltasar sete-Sois from the Portugese army for losing his hand in battle. He travels to Lisbon in the hopes of securing some sort of military pension or dispensation, only to become inextricably drawn to a mysterious girl called Blimunda. Blimunda is in fact a prophetess, and a daughter of a heretic who has the ability to see under the surface of things, divining where lost objects may be and what diseases lie under the flesh. They fall together under the patronage of the Padre Bartolomeu de Gusmao who takes them in to help him build his Passarola or the first ever flying airship.

During their task, the Padre has to leave and return to discover the secret of ether or the mysterious substance which powers the airship. He informs Blimunda that she must travel to the dying to extract their 'wills,' which is separate from their souls. Together they fill the globes that are used to power the Passarola.

Their first flight causes the Padre to almost lose his grip on reality, as he realizes that he will be burned for heresy and he abandons the Passarola and the young couple to their lives. Baltasar is then haunted by the wonder and possibility of flight as he serves as a laborer on the great convent at Mafra.

As the convent at Mafra takes a further twenty years to build and becomes in itself a monument to earthly ego and vanity, an accident occurs and Baltasar is stranded aboard the airship whilst Blimunda searches for him. Nine long years later, Blimunda finds her lover, just in time to accept his own will upon his death.