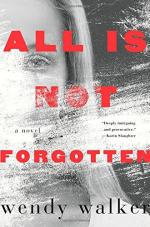 All Is Not Forgotten Summary & Study Guide

Wendy Walker
This Study Guide consists of approximately 81 pages of chapter summaries, quotes, character analysis, themes, and more - everything you need to sharpen your knowledge of All Is Not Forgotten.

All Is Not Forgotten Summary & Study Guide Description

All Is Not Forgotten Summary & Study Guide includes comprehensive information and analysis to help you understand the book. This study guide contains the following sections:

This detailed literature summary also contains Quotes and a Free Quiz on All Is Not Forgotten by Wendy Walker.

The following version of this book was used to create this study guide: Walker, Wendy, All is Not Forgotten. St. Martin's Press, 2016. Hardback.

15-year-old Jenny Kramer is upset when she arrives at a party to find her date with another girl. She begins drinking alcohol at the unsupervised party and walks out into the woods to get away from the situation. She is attacked and brutally raped for an hour by a masked man who wears gloves and a mask, shaved himself, and uses a condom so as not to leave any DNA behind. At the hospital, her mother decides it is best for Jenny to have a treatment that will erase the memory of the rape so she will not have to think about it for the rest of her life. Eight months later, after self-medicating her depression and anxiety with stolen prescription drugs and alcohol, Jenny tries to commit suicide by slitting her wrists.

Charlotte, Jenny's mom, and Bob Sullivan are meeting for a mid-afternoon secret rendezvous in the Kramer pool house when they notice a light on in the bathroom. They go in to check and find Jenny unconscious after cutting her wrists. At that point, Jenny starts going to counseling with Dr. Alan Forrester. Her parents start their own sessions to help learn more about Jenny's condition, but they end up having their own counseling sessions as well. Jenny meets Sean Logan in group therapy and they form a special bond because they both have received the special memory-altering drug to forget their traumas. They are ironically in counseling now to try to remember all those details.

Forrester starts out as a dedicated psychiatrist who wants to help the Kramers using his ethics and credibility, but as he learns his own son is sought for questioning because a drug dealer spotted him going into the woods that night, all ethics are off as far as Forrester is concerned. He stops at nothing to protect his child from social ruin that such an allegation would surely cause. Forrester does exactly what his ethics as a psychiatrist prohibit -- he begins suggesting messages and actions to the Kramers, another patient named Sean Logan (a former Navy SEAL), and Detective Parsons that will lead the investigation down a path away from his own son, whom he knows is innocent.

Forrester knows his son is innocent because he knows who did rape Jenny. She was raped by a former convicted felon named Glenn Shelby who served time in Somer Prison, where Forrester volunteers.When Forrester hears that Jenny was carved with a whittled stick during her rape, he knew that Glenn was the only other person who knew he had suffered the same situation when he was 12. Forrester regretted telling Glenn the story. Glenn used the story as a script for his rape of Jenny. The only differences in his story and Jenny's is that Forrester told Glenn his rape felt like an hour. Glenn takes he story literally and rapes Jenny for an hour. Glenn does this to get Forrester's attention, and to remind him that he knows his most terrifying secret.

Instead of telling authorities who raped Jenny, Forrester wants Jenny to remember on her own so he can have someone to share his pain. When Jenny has a breakthrough in her therapy by smelling a bleach disc, Forrester's son is further implicated because, as a member of the swim team, he and his clothes would smell like pool chlorine, a bleach derivative. Forrester goes to Glenn's apartment and smells the strong odor of cleaning chemicals. He suggests that Glenn kill himself for not creating the perfect crime.

In the meantime, Forrester suggests to Parsons that Bob Sullivan is a name of interest. Parsons investigates and finds an old sexual assault charge from college spring break that never resulted in a conviction. Charlotte, Bob's mistress, is outraged at first, but when his alibi does not check out, she wonders if he is seeing another woman. Bob's wife, Fran, knows he is seeing a number of women and is able to provide his alibi with one of the recordings made by the private investigator she hires to follow him. The recording reveals that Bob, age 53, is having sex with the 20-year-old daughter of his best friend. The young woman's dad kills Bob by beating him with a crowbar one night at the dealership. Tom, who was also there to give Bob a beating, calls 911 and reports that Bob does not have a pulse, even though he does. Sean, also on his way to kill Bob, instead gets a flood of memories coming back to him, a breakthrough in his mental health case. Shortly after that, someone finds Glenn Shelby dead in his apartment. He hanged himself.in his apartment, leaving behind a full account of his rape of Jenny and the supplies he used to do it.

In the end, Jenny gets total recall of her memories. Forrester is happy to have someone with whom to share his traumatic experience, even though he never discusses it.

More summaries and resources for teaching or studying All Is Not Forgotten.

All Is Not Forgotten from BookRags. (c)2022 BookRags, Inc. All rights reserved.