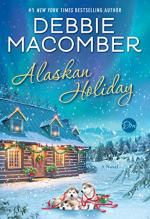 Palmer’s beard is a symbol of sacrifice. Josie had told him at one point that his beard tickled her lips when they kissed. He offered to shave it off for her, but she did not want him to make that sacrifice. She knew the beard helped to keep his face warm during the winter.

Josie’s suitcases are a symbol of her many mistakes that led to her being left behind by the last ferry. Jerry reminded Josie to leave her suitcases in the lodge's lobby before she went to sleep. When her suitcases were not there, it was assumed that Josie was not leaving Ponder. In reality, Josie had not...