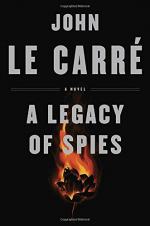 A Legacy of Spies Setting

Les Deux Eglises is a municipality in France. The farm at Les Deux Eglises is the place that Peter calls home after his retirement. He is at home on this farm when he gets the letter from the service calling him to the headquarters for an interrogation about Windfall.

The Stables, located at No. 13 Disraeli Street, was the secret service’s safe house for operations concerning Windfall. Much of the novel is set in the library at the Stables as Peter reads files under the scrutiny of Nelson and Pepsi. It was inside books on the shelves of this library that Peter and the others hid the files believed to have been stolen concerning Windfall.

Köpenick is a historic neighborhood in the city of Berlin, Germany. Köpenick is the place where de Jong finds the first canisters of...