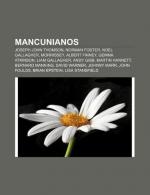 As the director of the Cavendish Laboratory at Cambridge University, J. J. Thomson was instrumental in many important experiments and advances that marked the transition from classical to modern physics at the turn of the twentieth century. He discovered the electron in 1897 and was awarded a Nobel Prize for Physics in 1906. With his student Ernest Rutherford (1871-1937), also a Nobel laureate, Thomson made many fundamental discoveries concerning the properties of ionizing radiation.

Thomson was born in 1856 in the north of England. He studied physics at Cambridge and, at only 28 years old, was greatly surprised to be simultaneously named director of the Cavendish Laboratory at Cambridge and professor of experimental physics. By his own description, the laboratory he took over used "string and sealing wax" as its equipment, presenting him with a considerable challenge. Under his supervision Cavendish became one...