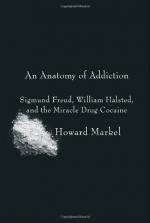 Sigmund Freud - Research Article from Science and Its Times

This encyclopedia article consists of approximately 2 pages of information about Sigmund Freud.

Sigmund Freud forever altered the ways humankind looked at its own thought processes. His groundbreaking work in psychology aroused intense feelings and controversy. Though some of his theories have been disputed, no one questions his influence on civilization. Many of his concepts—such as Oedipus complex, sibling rivalry, libido, transference, death wish, and telling speech blunders (dubbed Freudian slips)—have become part of popular culture and psychological understanding.

Freud was born in Morovia (now Czechoslovakia). His father was a wool merchant. His family moved to Vienna when he was four years old, and he considered himself an Austrian. His family was Jewish.

When he was nine years old, Freud entered high school, which was usual in Austria. He graduated at the top of his class, and soon entered medical school in Vienna in 1881. Ironically, he was not interested in medicine. There were, however...

More summaries and resources for teaching or studying Sigmund Freud.

Sigmund Freud from Gale. ©2005-2006 Thomson Gale, a part of the Thomson Corporation. All rights reserved.