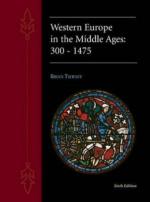 From Oxford to Paris.

Notwithstanding his subsequent notoriety, there are very few facts known with certainty about the life of Roger Bacon. Most of the dates listed by scholars are reconstructed from indirect remarks made by Bacon in his Opus tertium or "Third Work" (c. 1267). According to one reading of this work, he was born in 1214 of a well-known family of landed gentry, one member of which was the first Dominican master at Oxford and the teacher of Richard Fishacre. He was (according to this same reading) educated at Oxford from 1228 to 1236, then taught as master in the Arts faculty at Paris from 1237 to 1247. There Bacon became one of the earliest Christian thinkers to lecture and to write commentaries on the newly translated natural philosophy of Aristotle. Owing to the discovery in the nineteenth century of a manuscript at Amiens, scholars...