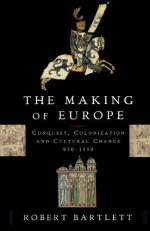 This encyclopedia article consists of approximately 15 pages of information about European Strike Wave.

The Industrial Revolution, which began in England in the late 1700s, spread eastward across the European continent and into Russia by the late 1800s. Throughout the nineteenth century, almost every European country industrialized to some degree, and new and old industries passed through various stages of mass production. Products such as clothing, commodities, and food were being mass produced, and urban areas experienced large population gains. According to the census of 1851, for the first time in any large country, one-half of the people in England lived in cities.

As the Industrial Revolution progressed, workers across Europe felt themselves ceding control of wages and working conditions to employers. In addition, semiskilled and unskilled workers who produced goods quickly were rapidly replacing the traditional craftsmen who, before the nineteenth century, had slowly and skillfully turned out individual articles. The working class was being redefined...

European Strike Wave from Gale. ©2005-2006 Thomson Gale, a part of the Thomson Corporation. All rights reserved.