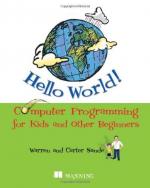 Computers in Education - Research Article from Encyclopedia of Childhood and Adolescence

This encyclopedia article consists of approximately 4 pages of information about Computers in Education.

Since the 1980s, computers have been widely available in schools, libraries, and a growing percentage of U.S. households. In fact, the percentage of U.S. public schools that had computers grew from 77.7% in the academic year 1984-85 to 97.5% in 1993-94. For the same two academic years, the number of students per computer dropped from almost 63 in 1984-85 to 11 in 1993-94. The National Center for Education Statistics tracks data on computer use by students, both at school and at home.

A summary of their findings for 1984 and 1993 appears in the accompanying table.

Experts in education are actively involved in developing ways for students to use technology to improve education. There is no single application that is universal to all classrooms. In some settings, students use computers for simple word processing—that is, to type...

More summaries and resources for teaching or studying Computers in Education.

Computers in Education from Gale. ©2005-2006 Thomson Gale, a part of the Thomson Corporation. All rights reserved.