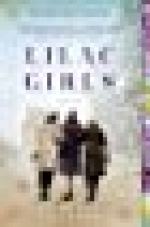 2. Who does Zuzanna marry?
(a) Hanren, the brother of one of the other Rabbits.
(b) She does not marry anyone.
(c) Serg, Caroline's Russian chef.
(d) A doctor she meets in the hospital.

5. Who is the psychologist that comes to the camp in Chapter 23?
(a) Vilmer Hartman.
(b) Henrik Vilmer.
(c) Henrik.
(d) Fritz Heinzman.

1. What beverage does Caroline's mother give Kasia at Christmas?

2. What is Halina's favorite pastime?

3. What has Herta been making to celebrate the success of the Riech in Chapter 17?

4. Marka agrees to bury all their important items except for what?

5. What are Halina and Herta doing when Marchall walks in on them in Chapter 14?