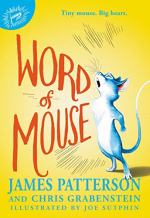 Patterson, James
This Study Guide consists of approximately 54 pages of chapter summaries, quotes, character analysis, themes, and more - everything you need to sharpen your knowledge of Word of Mouse.

This detailed literature summary also contains Quotes and a Free Quiz on Word of Mouse by Patterson, James.

The action starts in the midst of Isaiah's escape from the research lab that he calls home with his brothers and sisters. He is a mouse with blue fur. However, escape attempt fails, and all the mice are recaptured except for Isaiah. Isaiah is a timid mouse and laments that he is now all alone without his family. He considers his options and decides to stay free in the hopes that his family will be able to join him. He wanders into the suburbs where he finds food. There, he encounters a gang of rats but scares them away. He wanders into a house, but has to escape when the human inhabitant spots him. He sleeps well that night, but misses his family. The next day he wakes up too late to eat the good food from the garbage as the garbage men are there to pick it up. While he eats the leftover slop, wishing for better food and thinking that maybe he needs to discover how to find more natural food, he hears another mouse sing. The singer is Mikayla whose family lives in the Brophy household. She is upset to learn that Isaiah heard her sing, but she takes him to her family when she finds out that he has lost his own family. Her family welcomes him and while he is with them he helps them gather more food than before and saves a member of Mikayla's family who gets caught in a mouse trap. Isaiah also helps Mikayla, whose family does not know that she can sing as girl mice are not supposed to be able to sing, find the courage to show that she is different and sing to call mice to save them when the Brophy’s cat, Lucifer, corners them.

During his time at the Brophy’s he runs into the house of a teenager, Hailey, as a result of a bird eyeing him as a meal. While Hailey tries to get rid of Isaiah because he is eating her cake, Isaiah manages to communicate with her by typing on the keyboard. She is also different as she has white hair and blue eyes and she tends to stay home from school, pretending to be sick, because a girl at school picks on her due to the way she looks. Hailey's household differs from the Brophy’s in that she is nice to Isaiah, and she has a cat and a dog that do not bother him. Hailey and Isaiah become friends. Mikayla also meets Hailey and likes her. Mikayla’s family officially adopts Isaiah, but he still misses his family. One day, after finally telling his friends about his life in the lab, he realizes that he has to free his family and devises a plan. Mikayla sings to gather other mice, and despite the objection of one of the elders in Mikayal’s family, the mice go ahead with the plan. Isaiah has discovered that Mr. Brophy works in the lab and they enter the premises in his truck when he goes to work. Isaiah notices that Hailey is following on her bike.

Isaiah’s plan starts to fall apart when the lab heightens its security because they think that Hailey is an activist and Isaiah cannot find his family. When he does find them, he discovers that they are about to be shot with syringes and that the first victim is to be his brother, Abe. He manages to free his siblings. However, they cannot get out because the door is closed. When Mr. Brophy sees them he calls the head of the lab, Dr. Ledbetter, who is happy to have caught Isaiah again. When it looks as if Isaiah is cornered, however, the other mice make it in and surround Dr. Ledbetter and Mr. Brophy. At the same time, Hailey arrives with officials from the ASPCA. After Isaiah frees his family, Hailey gets the idea of taking Isaiah and his closest relations to an animal blessing day at her church. When the sight of the mice scares the congregation, Hailey delivers a speech about being tolerant of differences. Everything settles down when Isaiah’s brother suggests that they do their duty and save the animals in another lab. This time they will be saving cats, something Isaiah agrees to do.

More summaries and resources for teaching or studying Word of Mouse.