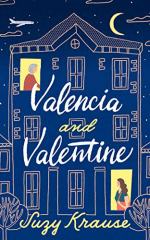 Related Topics
Sorry I Missed You

Valencia is an anxious 34-year-old woman with obsessive compulsive disorder, or OCD, who has worked as a debt collector at the West Park Services Call Center for the past 17 years. She fears turning 35, airplanes, and highways. Her therapist recommends that she try planning a trip to overcome her fear of flying. Valencia wants to plan a trip for the anniversary of Charlene’s death, but is unable to do so.

She has felt incredibly guilty about the death of Charlene, a girl from her high school. Valencia bullied her and Charlene jumped off a bridge and became a paraplegic before dying from complications a few years later. Valencia feels as though she killed Charlene and does not deserve a good life because of this. She wants to go back to school and get a more satisfying job but feels like she cannot.

She also struggles to pursue relationships...