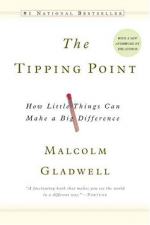 In the conclusion, many of the previously mentioned studies and examples appear again, as may be expected. However, Gladwell opens with a new illustration.

Georgia Sadler desired to spread information about breast cancer and diabetes in the African American community. First, she tried a large-scale approach. She offered meetings in churches after the weekly service. Church represented a place where her audience—young, African American women—gathered frequently in large groups. However, she found few attended and those who did were already reasonably educated. She turned to a smaller approach, then, and found a much larger result.

When Sadler sought for a venue that communicated with as many African American women as their church, she found the hair salon. She realizes that the women of her intended...