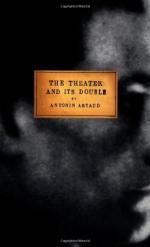 The Theater and Its Double Setting & Symbolism

Balinese theater is a form of physical theater practiced by the people of Bali, an island of Indonesia.

Sardinia is a province of France. It is mentioned in the early part of the first chapter, "The Theater and the Plague."

Marseille is a city of France where a plague decimated forty thousands inhabitants in 1720. It is mentioned in "The Theater and the Plague." It is also the birthplace of Antonin Artaud.

The Grand-Saint-Antoine is the name of the boat that brought the source virus of the Oriental plague that decimated the city of Marseille (France) in 1720.

The Exposition Coloniale (Colonial Exposition) was a exposition of the arts, crafts and industries of the French colonies. Antonin Artaud visited the exposition in Paris in 1931 and was able to see a representation of traditional Balinese Theater. This representation greatly influenced the writer's theory about...

The Theater and Its Double from BookRags. (c)2022 BookRags, Inc. All rights reserved.