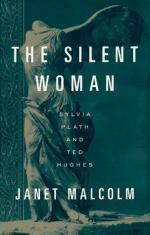 What were the two issues that may have caused Sylvia Plath to commit suicide? Who felt she may not have really wanted to die? What were the circumstances of her suicide?

Why did some critics and friends have a negative reaction to Ted Hughes when he published The Journals? What happened to some of her journals after her death? How did the two introductions by Hughes to these works vary? What may have been his motivation for changing his first introduction?

How did many writers and critics react to the actions of Olwyn Hughes? Why did Olwyn react the way she did to some of the biographies that were written about Sylvia? How did she feel about Sylvia? Who was Olwyn determined to protect?

Why did biographer Anne Stevenson make a disclaimer in the author's notes in her book Bitter Fame? Why did most...