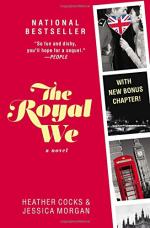 The Royal We Themes & Motifs

The exploration of this relationship begins in the Prologue, which indicates that Bex and Lacey’s relationship is strained. Then, Part One reveals that Bex’s semester at Oxford is the first time they...

The Royal We from BookRags. (c)2023 BookRags, Inc. All rights reserved.