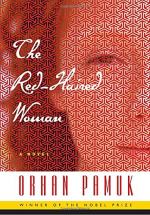 This detailed literature summary also contains Quotes and a Free Quiz on The Red-Haired Woman by Pamuk, Orhan .

The following version of this book was used to create this study guide: Pamuk, Orhan. The Red-Haired Woman. Alfred A. Knopf, 2017.

The novel opens in the mid-1980s in Istanbul, Turkey. The protagonist and narrator, Cem Çelik, is a teenager and an aspiring writer. He lives with his mother and his father. His father owns a pharmacy. One day, his politically-minded father disappears, and Cem believes that he may have been taken away by the government due to his political beliefs. To raise money for his education, Cem then takes an apprentice position with a welldigger one summer. Cem and the welldigger, Master Mahmut, go to the nearby rural town of Öngören to dig a well for a wealthy businessman. Cem soon comes to view Mahmut as a type of surrogate father figure. Mahmut enjoys telling stories, and one day, he asks Cem to tell a story. Cem tells the story of Oedipus. One day, while in Öngören’s town center, Cem witnesses a beautiful red-haired woman and quickly becomes obsessed with her.

Cem and Mahmut continue to work on the well, and Cem often visits town in search of the woman. He soon discovers that she is an actress in a local theater troupe, so he goes to see her play. Among the scenes they perform is a scene from the tragedy of Rostam and Sohrab. The red-haired woman finds Cem after the show and introduces herself as Gülcihan. They walk and talk for a while, and then they have sex. Cem returns to the well the next day and, distracted, accidentally drops a bucket into it while Mahmut is at the bottom. Believing he has killed Mahmut, Cem flees immediately and resolves never to speak of the incident. Cem then goes on to attend university. He gives up his aspirations of being a writer and instead studies engineering. He becomes engaged to a fellow student named Ayse, and they marry.

As an adult, Cem works for a building development company and becomes obsessed with the stories of Oedipus and Rostam. He thinks about them and reads them often, and they shape how he views father-son relationships in general. Cem and Ayse soon find that they are unable to have children because Ayse is barren. However, Cem and Ayse found their own building development company and called it Sohrab after the son from the tragedy of Rostam and Sohran. The company becomes quite successful, and Cem eventually reunites with his estranged father, who soon dies of old age. Cem then discovers that his father had once had an affair with Gülcihan. Cem also discovers that the falling bucket had only injured Mahmut and not killed him, although Mahmut is now dead of old age.

Cem and Ayse’s company continues to prosper, and they even appear in an advertising campaign. This is about 26 years after the summer in which Cem and Mahmut worked to dig the well in Öngören. Cem then receives a letter from a 26-year-old man called Enver who lives in Öngören and who says that he is the son of Cem and Gülcihan. A paternity test proves this claim to be true. Cem then goes to Öngören, where he sees Gülcihan for the first time in 26 years. They talk briefly, and the she introduces Cem to their son, Enver. Cem and Enver walk about the town and talk, and they visit the well that Cem and Mahmut dug all those years. Enver grows angry at Cem for his way of life and for his misdeeds as perceived by Enver. They have a physical altercation in which Cem is killed. The novel concludes with an epilogue narrated by Gülcihan, who says that she believes her son did not intend to kill Cem.