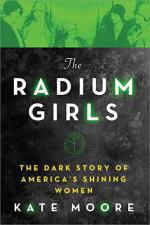 Newark was the location of the initial radium company, Radium Luminous Materials Corporation, before it relocated to Orange. After the relocation, Newark became the site for the women’s doctor appointments. When the dentists were unable to diagnose their dial-painter patients, they attempted various treatments that only worsened the women’s conditions. It was Irene Rudolph’s hospital doctor in Newark who requested the Industrial Hygiene Division investigate the studio, but he nor the other doctors and dentists shared their findings with one another to come to a consensus on how to treat them. When the women took USRC to court, the trial was held in Newark.

Orange is the residential town on the outskirt of Newark where the company was relocated when their demand skyrocketed. It was where many of the dial-painters both lived and...