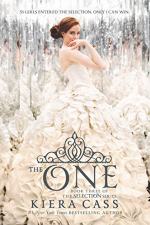 The One (The Selection) Symbols & Objects

The One is the title of the narrative and symbolizes "the one" special girl that Maxon chooses to be his wife and will be the princess and become the queen. It also symbolizes “the one” special man America chooses to marry. In the narrative there is a distinction between “the one” and “this one” as the latter means any person who just happens to be closest to the person.“The One” also represents the special romantic partner for Aspen and Lucy. In addition, it is “the one” king and queen as Maxon’s father and mother die in the attack and now Maxon is "the one."

The One (The Selection) from BookRags. (c)2023 BookRags, Inc. All rights reserved.