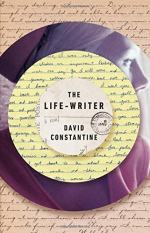 David Constantine
This Study Guide consists of approximately 33 pages of chapter summaries, quotes, character analysis, themes, and more - everything you need to sharpen your knowledge of The Life-Writer.

The Life-Writer Summary & Study Guide includes comprehensive information and analysis to help you understand the book. This study guide contains the following sections:

This detailed literature summary also contains Quotes and a Free Quiz on The Life-Writer by David Constantine.

Note: This study guide specifically refers to the October 2016 Second Biblioasis Paperback Edition of The Life-Writer by David Constantine.

The Life-Writer, a novel by David Constantine, is about moving on in life after loss. A widowed Katrin seeks to write about her deceased husband’s life. As she tells his story, she is learning about every step that he took along the way. Katrin's purpose for writing her husband's biography is to help her move on with her own life.

When the novel begins, Eric is dying of cancer. Katrin, much younger than Eric, thinks that her husband's death is unfair. She wants Eric to fight as long as he can. Eric makes Katrin promise him that she will not give up on writing or fall out of touch with their mutual friends. In other words, Eric wants Katrin to go on living when he is gone. She agrees to do so. Katrin, a university professor, focuses on giving recognition to obscure, unknown, or overlooked figures in the European Romantic movement through her writing.

Before Eric dies, he begins to recount the time when he went backpacking across France to meet up with friends, including Daniel. However, Eric never finishes the story. After Eric’s death, life seems pointless to Katrin. She is heartbroken, sad, and lonely. Intrigued by how little she knows about his past and realizing it is the only desire she currently has in life, Katrin decides that she will write about Eric’s life, She begins by reaching out to everyone, from Daniel to Eric’s ex-wife, Edna, to Eric’s son, Thomas, and so on. Katrin desperately wants to know about Daniel’s past because so much of it occurred before she was even born, and she feels as if she is always playing catch-up.

At the same time Katrin undertakes her project, she sees Dr. Liz Gracie, a therapist, who helps her deal with her grief over Eric. Gracie is also supportive of Katrin’s undertaking, urging her to use it to help her move on. As Katrin works, she comes to discover that Eric and Daniel were both restless in college, which is what led them to France. It was during this visit that Daniel introduced Eric to a gorgeous French girl named Monique with whom Eric ended up having a relationship (something Katrin finds herself very jealous of), and it was during this visit that Eric caught a ride with a kind old French gentleman who gave Eric a handful of silver coins.

As Katrin works, she realizes that her research and writing are what are keeping her going, and keeping Eric close to her. She also comes to learn that Eric was very much human, and made mistakes. After Monique, Katrin learns, Eric began dating Edna –whom he forced to have an abortion which Edna in turn held over his head through their brief marriage (from which Thomas was born). As Katrin works, she sends away all of the books belonging to Eric, and decides to have the house remodeled as a physical step toward moving on. Katrin also learns that Gracie has been diagnosed with terminal cancer, and she dies not long afterward.

As the novel comes to a close, Katrin decides to travel to France with Daniel, where she meets Monique. Monique, herself married to a much older man, fills in some of the missing pieces of Eric’s story. She and Monique agree to meet again in the near future so that Monique can finish telling her story. It is then that Monique gives Katrin the silver coins, for they were given to Monique many years before by Eric.

More summaries and resources for teaching or studying The Life-Writer.

The Life-Writer from BookRags. (c)2022 BookRags, Inc. All rights reserved.