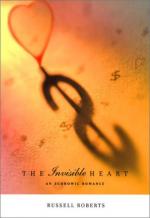 Russell Roberts
This Study Guide consists of approximately 25 pages of chapter summaries, quotes, character analysis, themes, and more - everything you need to sharpen your knowledge of The Invisible Heart.

This detailed literature summary also contains Topics for Discussion on The Invisible Heart: An Economic Romance by Russell Roberts.

In The Invisible Heart: An Economic Romance, Russell Roberts attempts to make economics more user-friendly by dressing his theories up in a romance. Sam Gordon is a highly motivated teacher of economics who demands an open mind of his students. The story opens on the first day of his classes' senior year. Sam is teaching an elective and thrilled with the opportunity. Sam is a tall, lanky fellow who moves rather like a puppet as he walks down the hallway. He is wearing his first day of school tie, which only sees the light of day every year on the first day. He throws out the order for a pop quiz. The die has been cast for an exciting senior year.

The heroine is an English Literature teacher, Laura Silver. Laura feels lucky to be teaching in such a prestigious school as the Edwards School. Laura is dressed as she feels is necessary for the position of teacher. She wants to fit in and she always follows the rules. Laura is willing to write new rules to be sure everything works as she believes it should.

Sam and Laura meet for coffee and have discussions about Sam's view of economics versus Laura's more controlled view of the world. Laura doesn't have much faith in people without heavy controls enforced. Sam's faith in things turning out well without too much control by outside forces is their conflict. Laura has more questions that her family has raised her to believe, but Sam has his own beliefs about the issues.

Other characters are used to illustrate the world as Laura sees it. There is a CEO, Charles Krauss, who reminds one of the movie Wall Street. There is his problem, Erica Baldwin, who leads a group to investigate Krauss and big business. These two characters are used to illustrate the points that Sam makes as he discusses the world of business with Laura.

Sam is aware that he doesn't fit in with most of society. He marches to a different drummer. He is invited into Laura's home and is virtually attacked by Laura's brother for his beliefs. Because of the scene at Laura's home, Sam and Laura quit seeing each other for some little time. In the meantime, one of Sam's students is a daughter of a congressman. Sam is at odds with the senator's beliefs and Sam is asked to change his teaching if he wishes to stay at Edwards Schools.

Sam continues in his beliefs. He has faith in the human race and feels if the governmental controls and aid are withdrawn, human beings would reach for their potentials. They would have to learn to take responsibility and find their own ways to make a life. The economy would flourish. It will take time to turn the expectations of entitlement about into a work for your own needs and desires. Sam uses many of the chapters to explain his beliefs about the economic world. He is usually explaining the ideas to Laura.

As the book continues, we will discover that the example that the author has been using is a TV show starring Krauss and Baldwin to make his points. The examples have been fiction. CEO's don't really kill people who get in their way except on television.

Sam leaves the school because he doesn't believe in their basic principles. He doesn't see Laura for a little bit but eventually meets her again and they grow closer again.

More summaries and resources for teaching or studying The Invisible Heart: An Economic Romance.