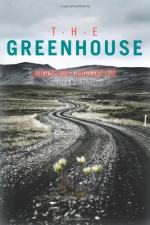 Audur Ava Olafsdottir
This Study Guide consists of approximately 42 pages of chapter summaries, quotes, character analysis, themes, and more - everything you need to sharpen your knowledge of The Greenhouse.

The Greenhouse Summary & Study Guide includes comprehensive information and analysis to help you understand the book. This study guide contains the following sections:

This detailed literature summary also contains Quotes and a Free Quiz on The Greenhouse by Audur Ava Olafsdottir.

This study guide was created using the following version of this book: Olafsdottir, Audur Ava. “The Greenhouse.” AmazonCrossing. 2009.

The Greenhouse follows the story of Arnltjótur Thórir, known as Lobbi, a young man who is about to leave home for a job at a monastery. His mother was recently killed in a car accident. He also has a daughter from a one night stand.

When Lobbi leaves, he tries to understand his place in life, in particular how he can be a father to a daughter that he did not plan on. As he travels, he meets a woman who wants to be an actress. When Lobbi drops her off, he knows he will not see her again. He thinks about the women he finds desirable and wonders if they feel similarly. He does not know what he wants from relationships with others.

While traveling, he tends to the rose plant he and his mother nurtured while she was alive. He wants to plant the rose in one of the monastery gardens when he arrives. He thinks of his mother often, remembering her final phone call to him as she was dying in her wrecked automobile. Lobbi communicates with his father while he travels, with his father often asking Lobbi for clarification of Lobbi’s mother’s recipes. Lobbi tries to help his father and thinks about how his autistic twin brother Jósef is getting along now that he has left.

When he finally reaches his destination, Lobbi befriends Father Thomas. They watch movies together and talk. Father Thomas has an encyclopedic knowledge of film and speaks many languages. Lobbi seeks Father Thomas’ advice as he tries to figure out his place in life.

As Lobbi begins to restore the gardens at the monastery, he learns that Anna, the mother of his daughter Flóra Sól wants Lobbi to care for their daughter while she finishes her degree. Instead of returning home to work on her thesis, Anna stays with Lobbi. Anna works on her thesis while Lobbi works in the gardens. The two begin what Lobbi thinks is a relationship. Lobbi begins to bond with Flóra Sól, which he had not anticipated. Lobbi considers that his future might be with Anna and his daughter.

Lobbi cooks and cares for them. He arranges for an apartment when he learns that Flóra Sól will not be welcome in the monastery. Lobbi settles into the relationship with Anna, but soon learns that Anna thinks differently. While she cares for Lobbi, she does not want to stay. She tells him that the reason she came to visit him is because she does not feel like she is ready to be a mother. Anna wants wants to leave Flóra Sól in Lobbi’s custody. Anna tells him that she does not believe she is ready to be a mother. She assures Lobbi that she will not return and try to take custody of their daughter in the future. Lobbi is left to care for his daughter alone and working in the gardens of monastery.

More summaries and resources for teaching or studying The Greenhouse.

The Greenhouse from BookRags. (c)2022 BookRags, Inc. All rights reserved.