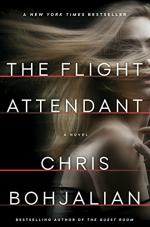 Related Topics
Midwives: A Novel
Hour of the Witch

This detailed literature summary also contains Quotes and a Free Quiz on The Flight Attendant by Chris Bohjalian.

The following version of the novel was used to create this study guide: Bohjalian, Chris. The Flight Attendant. Vintage, March 13, 2018. Kindle.

In the novel The Flight Attendant by Chris Bohjalian, flight attendant Cassandra “Cassie” Bowden awakened in a Dubai hotel with a terrible hangover … and a dead man in bed with her. Through the haze of all of the alcohol that she had drunk the night before, Cassie could not put together exactly what had happened. Cassie feared she might have been responsible for his death. Even though she knew she was making a mistake, Cassie tried to clear all evidence she had ever been in the hotel room and called no one to say the man she spent the night with was dead.

Cassie met Alex Sokolov while she was working a flight to Dubai. The two flirted on the plane and then decided to have dinner together. Cassie had intended to go back to her hotel room after she and Alex had sex; but, her plans were interrupted when Miranda, who appeared to be one of Alex’s co-workers, dropped by to visit Alex. After Miranda left, Cassie and Alex returned to the bedroom for another romantic encounter. Cassie next remembered waking up next to Alex’s dead body.

Cassie was unable to remember exactly what she had done that night so she feared she might have been responsible for killing Alex. She attempted to remove any evidence she had been in the room and left without letting anyone know that Alex was dead. When her friend, Megan, from the airline asked Cassie if she had been with Alex, Cassie denied it. Cassie cried in relief when the plane finally lifted off from the airport in Dubai.

Back in America, Cassie was questioned by the FBI and a representative from the airline’s union. She denied any knowledge of Alex. Regardless, the union representative suggested that Cassie get a lawyer. Cassie did not call the lawyer until pictures of her with Alex and leaving Alex’s hotel, taken by the hotel’s security system, surfaced. Cassie admitted to her lawyer, Ani Mouradian, that she had been with Alex and that he had been dead when she woke.

Meanwhile, Elena, the woman whom Cassie had known as Miranda, was in trouble with Viktor, her boss with Russian intelligence. Viktor was angry with Elena because she had allowed Cassie to live. He was also unhappy because the information that Elena had gotten off Alex’s computer was not helpful to them. He told Elena that she had to track Cassie down and kill her. He was afraid that Alex might have told Cassie something classified. Elena decided to stage Cassie’s death as a suicide.

The action comes to a climax when Elena followed Cassie to Rome with the intention of staging her suicide there. Elena, who had turned and was working with the CIA, knew that Viktor was aware she had turned and feared that Viktor would kill her as soon as she killed Cassie. Elena got late word from her handler in the CIA that she was to come to Washington and bring Cassie with her.

Elena waited in Cassie’s hotel room for her to return. She did not notice in time that there was another Russian agent who had gotten into Cassie’s room first. This agent killed Elena and waited for Cassie. When Cassie entered the room, with her friend Enrico, the Russian agent incapacitated them both. Cassie recognized the Russian agent as Buckley, a man she had been dating in America. Buckley took the gun that Enrico had borrowed from his uncle, intending to kill both Cassie and Enrico with it. Instead, the gun exploded in his hand, giving Buckley an opportunity to stage his own death and leave the Russian Federation. Cassie was given a new identity and a walk-on job with the CIA.

One year later, Cassie was a mother to Masha, a daughter she had by Alex. Cassie was sober. She believed she had found something in Masha that she loved more than alcohol.